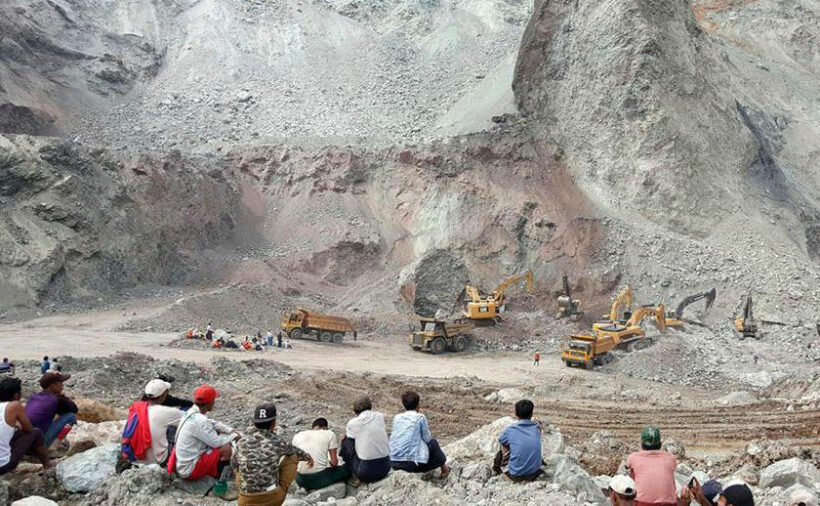 At least 19 jade mine workers along with mine security guards were killed in a landslide on Sunday. Rescuers have been searching for survivors. The incident is reported to have happened early Sunday morning in the remote Hpakant township in the north of Myanmar.

Two police officers were also injured but were rescued and sent to hospital. Authorities also reported that one four-wheel drive car and three security guard posts were buried in the landslide.

Villagers report that more people were buried in the soil that collapsed in the landslide, but no one is sure about the number of unrecovered victims. The villager noted that “thousands of people scavenge in the huge pile of mine waste every day”.

Police report that the upper part of a jade mine collapsed and fell around 200 metres onto minors sleeping below. Work had been suspended during the wet season from July until September but some workers remained on site.

In April more than 54 people were killed when another massive landslide buried workers and vehicles.

Ethnic Burmese minority communities risk their lives mining for jade in run-down, unsafe mines, feeding demand from nearby China, just to the north of the location of the mine. The Hpakant landscape has been turned into a vast ‘moonscape’ by years of unregulated jade mining.

Dams, politics and greed are killing the mighty Mekong River