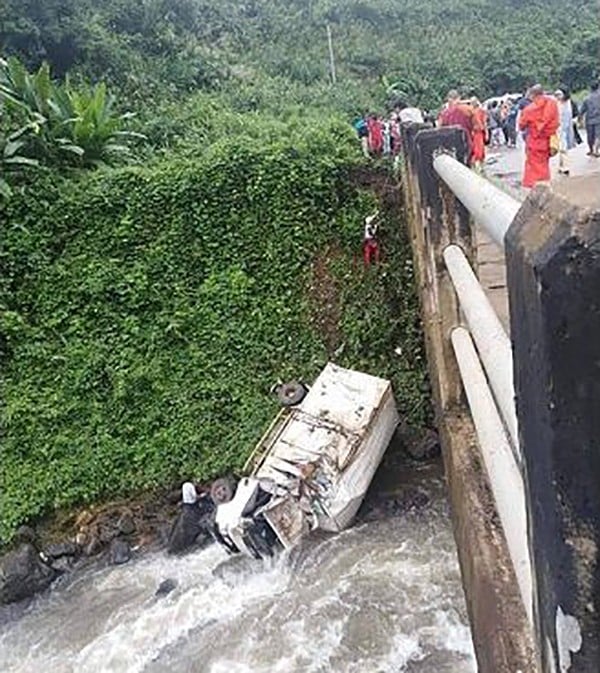 Aid continues to rush into southern Laos as international relief tries to grasp the full extent of the damage from the floods that occured last Monday night after a privately owned hydroelectric dam breached its walls.

But as relief teams pour in, a man has been killed and two others injured when their truck loaded with provisions and donated items for Loatians affected by floodwaters, skidded off a bridge into the ravine below. The truck plunged into a river in Savannakhet province earlier today (Sunday).

The accident site was about 80 kilometres from the Attapeu province, which was inundated last Monday after the collapse of a rock-filled saddle section of the Xe Pien-Xe Namnoy dam failed, releasing tonnes of water onto six downstream villages.

Rescue workers rushed to the accident scene to find debris from the truck about 50 meters below a road bridge. They had to use ropes to abseil from the bridge to the truck below.

The injured passengers were raised to safety by stretchers. They told rescuers that they were Laotians and had left Pakse in Champasak province to deliver items donated by Thai and foreign authorities to those affected by inundation in Attapeu when the accident happened. One of them said the truck was taking a turn when its brakes appeared to malfunction. The car then skidded off the road, hit the bridge’s rail and plunged into the river. 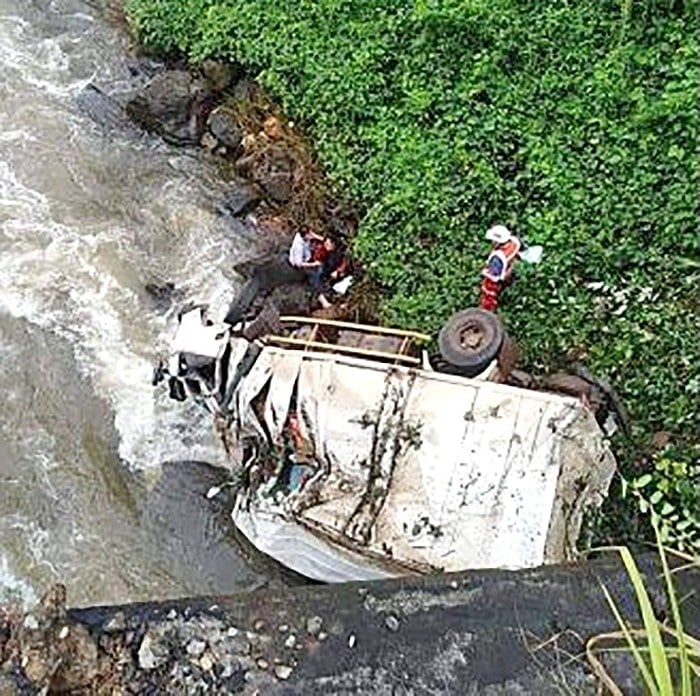