Mount Soputan in North Sulawesi’s Minahasa regency is emitting a 4 kilometre high plume of ash this . It started at 8:47 am local time, or 7:47 am. Jakarta time, prompting authorities to raise the volcano’s status to a Level 3 of the national four-level volcano alert system.

Mount Soputan in North Sulawesi’s Minahasa regency erupts at 8:47am on this morning.

The Centre for Volcanology and Geological Hazard Mitigation (CVGHM) is estimating that the ash column reached a height of 4 kilometres and was headed in a west-northwesterly direction.

The CVGHM is advising local residents to refrain from entering the area within a 4 to 6.5 kilometre perimeter around Mount Soputan.

Residents of riverbank settlements near the mountain – those on the Ranowangko, Lawian, Popang and Kelewahu rivers – have been warned of the potential for lava flows following rain.

“This means that the volcanic ash will not disrupt flights. Sam Ratulangi International Airport in Manado is still operating normally, as it is located southeast of the mountain,” it said in a statement.

“We also suggest residents to use dust masks to avoid any potential respiratory problems in the event of falling ash,” the centre added.

The North Sulawesi Disaster Mitigation Agency (BPBD) has distributed masks to residents of the affected areas. 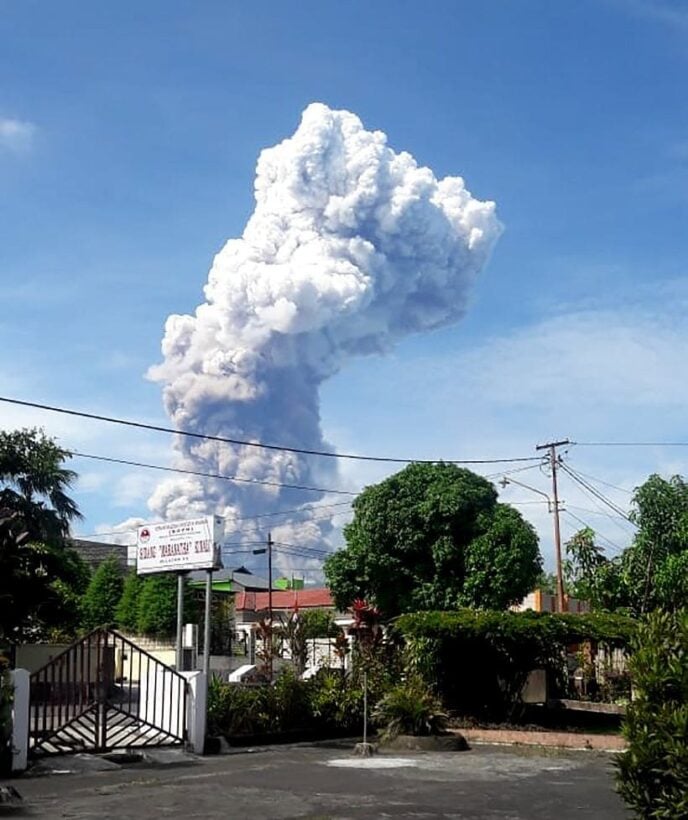 Sunhemp in bloom at Rajabhat University