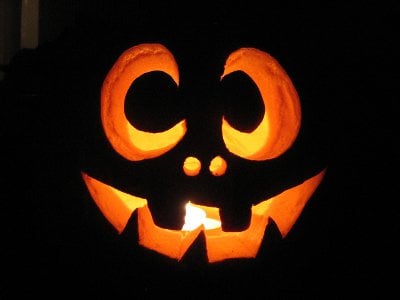 PHUKET: Religion is an important part of many people’s lives, but in this Weird World News round-up we take a look at some of the stranger religious happenings that hit the headlines this week.

SWEDEN has helped digital pirates load their canons by officially recognizing a group that preaches “Copy, download, upload” as an official religion.

Sweden, the birthplace of the world’s largest file-sharing website, Pirate Bay, as been the battleground for those who support file-sharing and the music and film industries that oppose it, reported Reuters.

The name of the religion is derived from the Swedish words for “copy me”.

“We challenge all copyright believers – most of which have a great deal of influence in politics, and who derive their power by limiting people’s lives and freedom,” their official website states.

“We believe that information is holy,” Isak Gerson, who calls himself the spiritual leader of the church told Reuters.

The group has reportedly registered the church as a way to avoid the persecution of the film and music industries.

Ludvig Werner, head of the Swedish branch of recording industry body IFPI, declined to comment to Reuters on Kopimism, but did point out that about 16 per cent (1.5 million) of Sweden’s population were active file-sharers.

“This means Sweden is one of the most active countries in Europe for file-sharing. So we still have a problem, even if the legal streaming of music has helped limit it,” he told Reuters.

The Lord giveth, giveth you a tattoo

A US pastor, taking the path less trodden, has opened a tattoo parlor inside his church. Reverend Steve Bentley said it’s a way to reach out to people who have never felt comfortable at a traditional house of worship, reported MailOnline.

Serenity Tattoo located inside Rev Bentley’s church, The Bridge, is open every day except Sunday, a day of worship.

“There are people who come in and their little kid passed away, and they put their tattoo on there. It’s something that’s very healing for people,” he said.

“You can get a tattoo in a clean environment. You can do it while still sticking to your moral code,” he added.

There are of course many critics who cite the Old Testament: “Do not cut your bodies for the dead, and do not mark you skin with tattoos. I am the Lord.”

Rev Bentley who got one of his two tattoos at Serenity’s parlor, sees the situation differently, saying the practice of tattooing was “morally neutral”.

Rev Bentley makes an effort to reach out and speak to everyone who visits the parlor, though not all of them turn up for Sunday service.

A BAPTIST mayor in the UK who refused to judge a Halloween pumpkin competition because it “glorifies Satan’s angels” was found guilty of breaching rules on equality after furious Pagans complained to the council, reported The Telegraph this week.

Tom Wilson, 60, the former mayor of Nuneatan, in Warwickshire , and his wife passed on the opportunity to take central roll in the Halloween festivities of 2009 due to their strong religious beliefs.

Mayor Wilson said he did not want to take part in celebration because Halloween “celebrates the dark side” and “is a pagan festival”.

“I don’t think it’s appropriate to involve youngsters in this sort of thing,” he added.

His comments were met with a torrent of complaints from pagan groups to the council, saying his remarks were “inaccurate and likely to cause distress”.

After the subcommittee’s resolution, Mayor Wilson was officially “censured” by the council and ordered to make a written apology to the press.

Though Mayor Wilson feels that the committee’s conclusion and the ensuing punishment is too harsh, he is formulating an apology for his “misguided” words.

“I don’t feel I can be associated with anything connected with Halloween,” Mayor Wilson said in 2009, ironically that might be a tough association for him to shake now.

Weird World News: Fake plastic surgeon takes advantage of transsexuals; a massive tumor gets lopped off; and a little girl gets liposuction for Christmas