Persistent heavy rain and the overflow of water from the Mekong River and its tributaries has caused severe flooding in seven provinces in the north-east, Disaster Prevention and Mitigation Department director-general Chayapol Thitisak said this morning (Thursday).

The seven provinces are Nakhon Phanom, Mukdahan, Amnat Charoen, Ubon Ratchathani, Bung Kan, Sakon Nakhon and Roi-et are all under flood-alert after the Mekong River, and its tributaries, have breached their banks.

Persistent rains and the overflow of riverbanks in multiple locations was causing major problems for the Disaster Prevention and Mitigation Department in the north-east.

In Nakhon Phanom, alone, eight districts have been flooded, affecting 398 villages in 56 tambons and 128,098 rai of farmland.

In Mukdahan, 15,534 people of 6,754 households have been directly affected by the overflow of water from the Mekong River. About 28,582 rai of farmland has been inundated. In Roi-et, heavy flooding in Selaphum and Phon Thong district has affected about 3,971 households and damaged 28,230 rai of agriculture land.

Meanwhile, the Association of Southeast Asian Nations (ASEAN) says the regional group is ready to provide relief and humanitarian assistance to Myanmar amid the massive floods that swept through several regions and states.

ASEAN’s secretary general, Lim Jock Hoi, says in an open letter to Daw Aung San Suu Kyi that the ASEAN Coordination Centre for Humanitarian Assistance (AHA) and the secretariat in Jakarta stand ready to provide any assistance, according to Myanmar Times

“It was with great concern that the impact that the catastrophe has had on an increasing number of people, requiring immediate provision of temporary shelters and aid assistance to the communities,” the letter said. 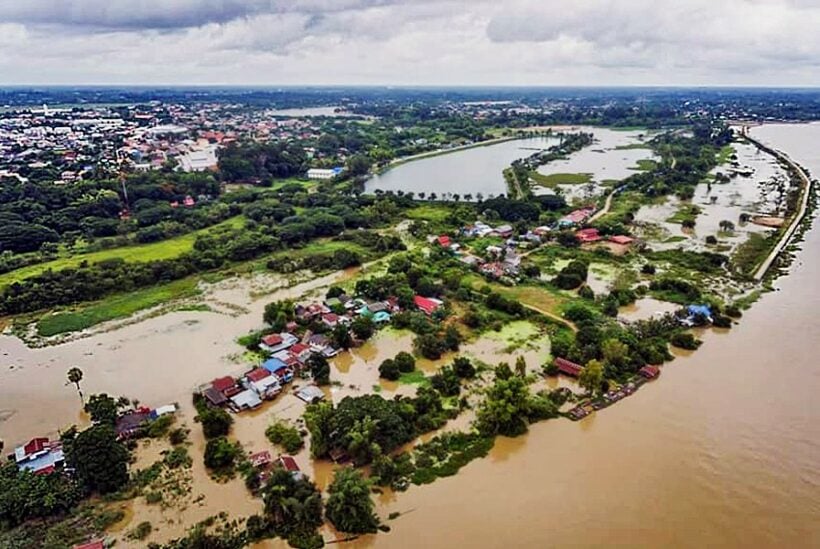 Korat dog gets shot with an arrow

NCPO 'damaged the image of the country' - Future Forward party