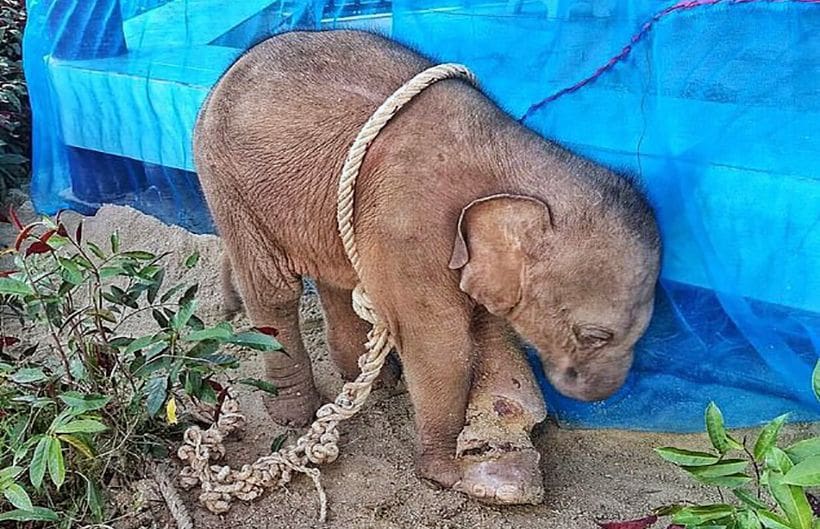 A baby elephant has died after a hunter abandoned her, tied up to a fence in a forest in Rayong. The little elephant died after suffering from horrific wounds.

The elephant, only one month old, was found by villagers in Rayong tied up to a fence with a rope cutting deep into her ankle.

Read the story of her discovery and rescue HERE.

When she was found she was barely able to stand and in obvious pain. Villagers named her Baitong. Nothing is known about Baitong’s mother.

She was rescued on December 18, but despite constant expert vet care and an emergency amputation of her infected foot, she succumbed to her injuries.

A vet from the Bureau of Conservation Area Management says that amputating her her foot was necessary to prevent her from dying of infection. The vets report that last Thursday, Baitong was playing with some of her carers when her condition suddenly worsened and she collapsed during the evening. Several vets worked through the night to treat Baitong but she passed away on Friday morning.