A major drug-trafficking ring’s members were arrested along with 11,600,000 methamphetamine pills and some 700kg of crystal methamphetamine or “ice”. The announcement from the deputy national police chief Pol General Chalermkiat Srivorakan yesterday.

Following a tipoff by undercover police on Tuesday about a large shipment of drugs coming from the north to central Thailand, Nan resident 42 year old Charan Kamnont and his 38 year old wife Srikham Pinta, along with another man 47 year old Chan Sawatdee were arrested by Muang Sing Buri police as the couple were driving in a drug-laden 10-wheel truck, led by a pickup truck driven by Chan.

Police initially charged the three suspects for having drugs with intent to sell.

In a separate drug bust, police on Thursday afternoon confiscated 600,000 meth pills in Chiang Rai’s Mae Fah Luang district. A tipoff about the drug transport by motorcycle in Tambon Terd Thai prompted police to patrol the Ban Phayarai-Ban Pang Mahan road until they spotted the suspects who travelled on three motorcycles – two motorbikes of which were carrying three sacks of narcotics. As police approached them, the lead motorcyclist escaped while the two drug-carrying motorcyclists sped towards the roadside, crashed, fell off their vehicles and fled on foot into a forest. 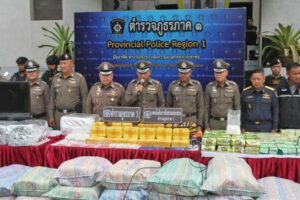 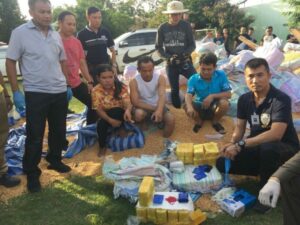 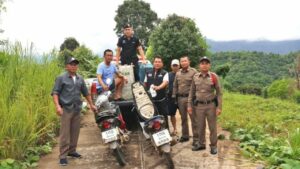 Myanmar tourism growth stalls in first half of 2018

Body of missing Indian man washed up on Karon Beach