Outgoing Chiang Rai governor, Narongsak, at a media briefing held at midnight last night, has admitted that oxygen supply within the section of the cave where the 13 footballers are waiting, has become a major concern.

He also mentioned the threat from potential heavy rains in the next few days that is forcing the rescue teams to consider a premature extraction of the 13 survivors out of Tham Luang caves.

Thai PBS is reporting that Governor Narongsak didn’t detail exactly how the survivors could be evacuated from the cave but was clear that, one way or the other, they will have to dive their way out. The team has been getting a crash course in swimming and scuba diving – skills they need to learn quickly if the rescue is to be a success. Narongsak was talking to the media after hours of detailed meetings where officials and rescue units contemplated all their options in dealing with the situation.

TMD is forecasting heavy rains around Chiang Rai in the next few days which means more water will flow back into the caves, reversing all the good work by rescue teams this week to remove water levels from inside the caves.

The governor also says that the rescue teams are prepared to wait and leave the team inside until after the monsoon if that ends up the safest option. In the meantime the race is on to find a safe way to get them out before heavy rains return. 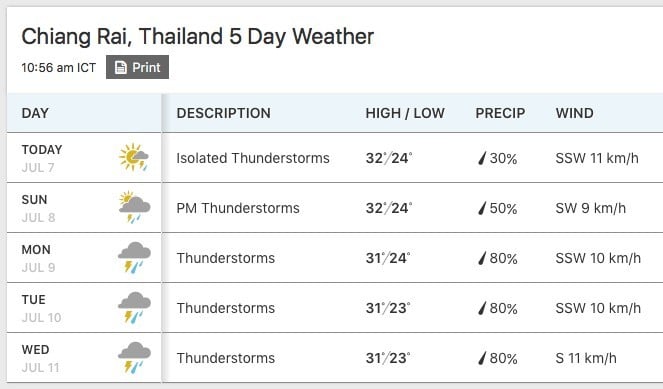 “But whatever course of action we are going take must carry minimum risks,” he stressed, adding that whether or not the young survivors will have to dive their way out depends on their state of health and their readiness.

The governor reported that rescue units have installed an air chute to pump in additional oxygen while more oxygen cylinders were also brought in to provide more breathable air for the survivors. He also said that two more British cave-diving experts were on their way to Thailand to assist with the difficult recovery mission. 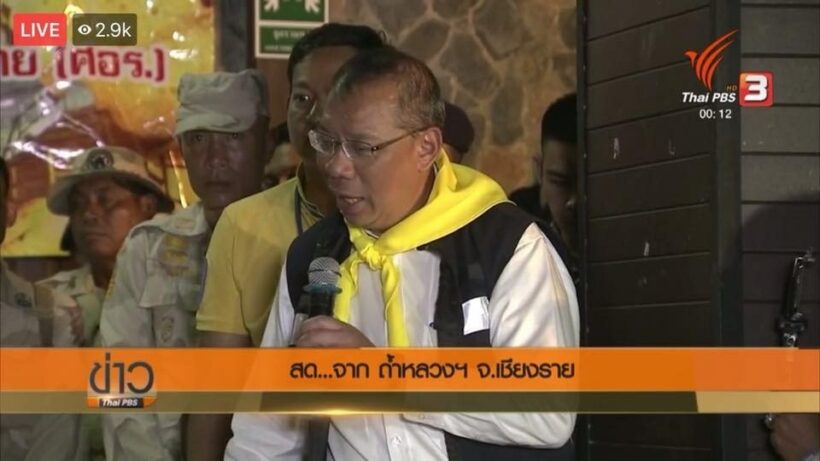 Messages from inside the Tham Luang Caves

Drilling down into the cave - 100 tunnels drilled so far