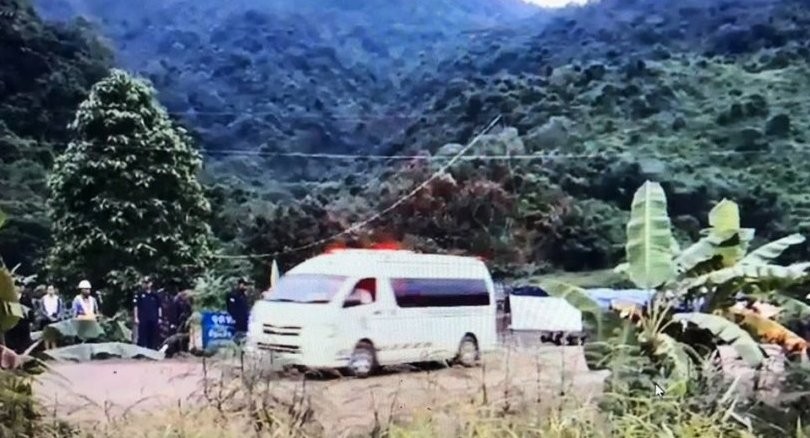 The first two trapped footballers have been safely evacuated out of Tham Luang cave, a military news source has confirmed. Meanwhile the Thai Navy Seals Facebook page reported that at 7.47pm two more boys emerged from the cave, one needing medical assistance, but his condition is not fully known at this time.

The Royal Thai Airforce’s Facebook fanpage “Air Force Media by Kawin AFU” disclosed the good news that two unidentified survivors were successfully brought out of the cave on around 6.10pm, while another survivor had already reached the Navy SEALs’ operation base on the third chamber of the cave.

The two survivors have already been transferred to the field hospital just outside the cave entrance for a medical check-up before being transported by separate ambulances to Chiang Rai Prachanukraw Hospital, the source said. The first to emerge was Mongkok Boonpieam, Thai nickname ‘Mark’. Reported to be ‘healthy’, according to Ejan news.

The first two of the Mu Pa team have now arrived at the Chiangrai Prachanukroh Hospital at approx. 7.30pm.

An evacuation operation to bring out the 13 footballers in the flooded cave kicked off on Sunday morning, with expectations that the first survivor would exit the front of the cave at around 9pm on Sunday evening.

It normally takes the Navy SEAL divers six hours to travel each way to bring supplies to the trapped footballers.

One boy emerged in a serious condition, now recovering