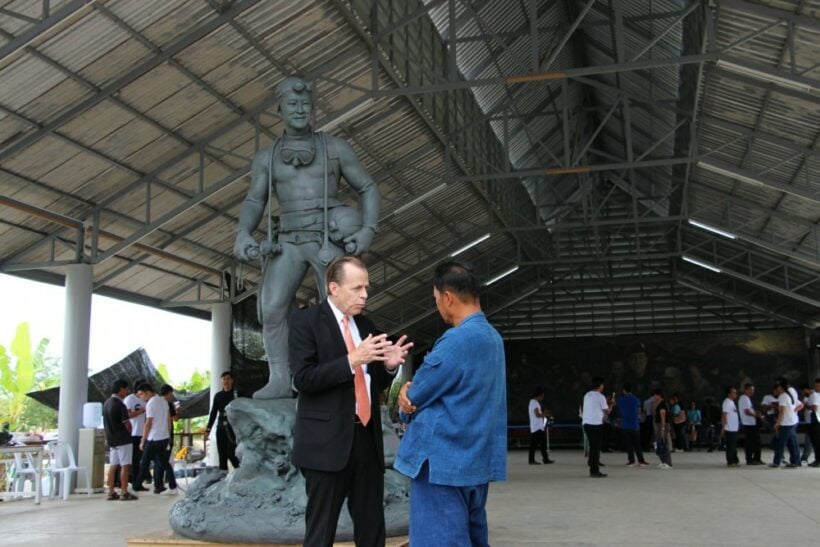 Glyn Davies, the US Ambassador to Thailand, toured Chiang Rai province yesterday to thank those who welcomed the US team during the multinational rescue operations to help rescue the young Mu Pa Academy football club members in June.

In the temple national artist Chalermchai Kositpipat took the ambassador to see a painting depicting the personnel involved in the globally united mission.

He also gave Glynn a print of the painting bearing the number 50/200 and his signature. The envoy in turn gave souvenirs to Chalermchai and his team. Davies also gave a certificate of honour to Worarinmas Luelert, owner of a Miss White laundry shop in Mae Chan, who provided free services for the US team, which came to take part in the rescue mission. Her staff also was given souvenirs by the ambassador.

Davies then headed to Chiang Rai City Hall to express his country’s thanks to local authorities for their care and support for the US participants during the mission.

Twelve Mu Pa members and their assistant coach went missing in Tham Luang cave in late June, triggering a massive rescue operation joined by divers and personnel from many countries. A worldwide audience closely followed the “mission impossible” as it searched for the team and then finished pulling them out of the cave on July 10. 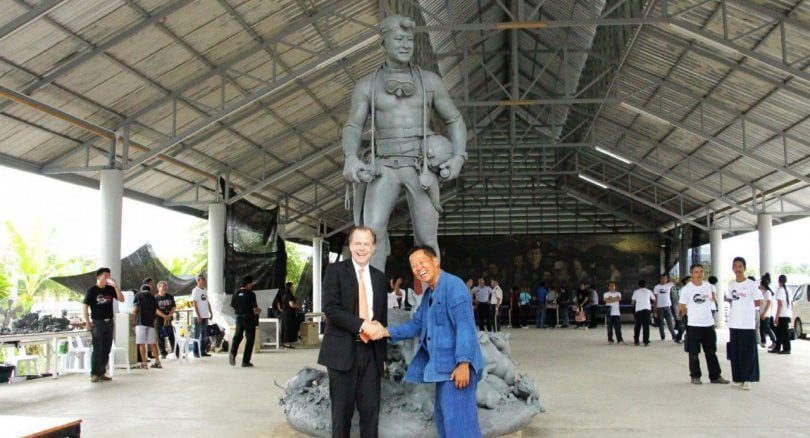