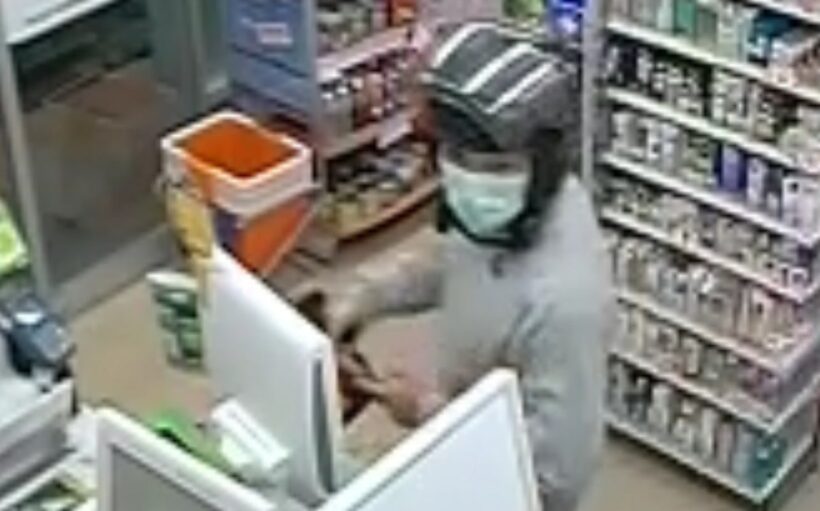 Chiang Mai City Life is reporting that a man has been arrested after being tracked down following a robbery in Chiang Mai’s Mae Rim area.

The man was dressed in grey with his face hidden with a motorcycle helmet. He was later arrested following the robbery of a convenience store on July 2nd.

A 7-Eleven store at a petrol station in Mae Rim was held up by the man with a knife. The man, dressed in dark clothes and wearing a helmet, threatened a staff member.

When he carried out the robbery, he escaped on motorbike to his friends apartment and hid for the rest of the day.

Chiang Rai: “I looked up and there they were.”