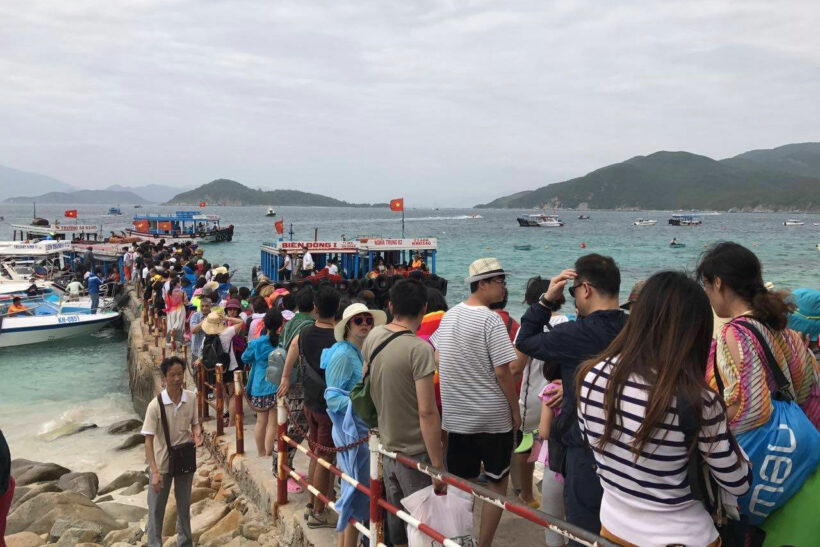 Things have gone a bit quiet on the tourist front. Thai authorities and people affected by the downturn are wringing their hands as the rise and rise of tourism in the Land of Smiles has seen it first sustained reversal in fortunes for two decades.

But it’s not just in Thailand. It’s not as if the tourists are suddenly going somewhere else. According to industry analysts compiling information for Bloomberg, it’s happening across Asia. It seems the domestic angst over China’s economic challenges and weakening Yuan are causing rumbles across Southeast Asia’s vacation belt.

Where are the Chinese tourists?!

Rising incomes over the past decade fuelled the travel intentions of middle class Chinese. Suddenly they were the world’s largest outbound travel market in the world. The total number of outbound trips from China more than doubled from 57 million in 2010 to 131 million trips in 2017.

When China sneezes the rest of Asia catches cold

The Chinese outbound travel boom over the past 5-10 years that stoked a huge uptick in tourist numbers across Southeast Asia, is now in reverse gear, according to Bloomberg. This decline of travellers from the largest source market in the world has become a painful lesson for south east nations such as Thailand and Indonesia that became overly dependent on Asia’s top economy.

Kampon Adireksombat, Bangkok-based head of economic and financial market research at Siam Commercial Bank says that the slump in Chinese arrivals and spending is being felt throughout the region.

“There’s always a concentration risk when relying on one market, and many countries may not be able to find a replacement for growth fast enough.”

The slump is expected to drag into 2020 if the ongoing China-US trade war continues to weigh down the Chinese economy.

The tour operators, developers, hotels and retailers responded and leapt into action. The demand was sudden and everyone wanted to make sure they could get their slice of the Chinese pie.

The slowdown of outbound tourists now threatens the south-east Asian tourism industry – the investors, the staff, the owners, the people that have bought tour boats, the businesses that have built new theme parks – in some cases the fall-out will be catastrophic. For those that bet too heavily on the Chinese tourism racehorse, the losses will be dramatic.

In many of the countries that saw a big rise in tourist numbers out of China over the past decade, the result is a big oversupply of hotel rooms, particularly in Indonesia, Thailand and Vietnam.

Companies and local governments doubled down and poured millions of dollars into expanding resorts, hotels, infrastructure and travel facilities. In Thailand airport expansion became a constant hassle for travellers in the last decade.

Thailand’s Central Plaza Hotel Group reported a softening of its hotel business in Q2 2019 due to softening Chinese demand. Occupancy in its Thai properties dropped 7% in the quarter, and the Bangkok-based operator has 2,040 rooms in the pipeline ready to add to its existing portfolio of 6,678 rooms.

They’re just one of the larger hotel groups that have added rooms that will now remain quiet. But some of the development is now completed or almost completed, being rubber stamped before the downturn started.

Bangkok is also expecting a new Ritz Carlton in 2023 as part of a $3.9 billion development, while Hilton will manage two hotels due for 2022 opening. On Phuket, a favorite for beachfront weddings and scuba diving, there will be 18% more hotel rooms by 2024, according to consultancy C9 Hotelworks.

In the past two decades the annual growth in tourists coming to Thailand has averaged 7-12%, year in year out. Now international arrivals in Thailand have grown only 2% this year, not a catastrophe but certainly a downturn.

And the growth hasn’t been restricted to Thailand. In Singapore, casino operators Las Vegas Sands and Genting Singapore announced a US$9 billion expansion of their resorts earlier this year on the back of the success of Hollywood film “Crazy Rich Asians.”

Marriott International has 140 hotels in the pipeline across the region, with plans to more than triple its portfolio by 2023 in the Philippines. Chinese travellers became the biggest group of visitors to Malaysia, adding US$403.7 billion to the Malaysian GDP in 2019.

These large developers have bet on the slump being short-term and that the tourists will eventually come back when the sentiment in the world economy returns to ‘growth’.

In Thailand and the Philippines, tourism grew to account for over 20% of their GDP, twice the global average, and perhaps an unhealthy reliance on the fickly tourist dollar.

But after every boom, follows a downturn. At this stage there has been no ‘bust’ as the drop in Chinese tourists across the region is being replaced by new and emerging tourism feeder markets. But south-east Asia’s countries are now trying to diversify their outreach efforts to reduce their dependence on one or two key markets.

Thailand waived visa fees for Indian tourists earlier this year and airline and hotel operators are trying to boost connections between the two countries. There are new airlines in the pipeline ready to add flights.

Vietnam, where Chinese tourists accounted for a third of 15 million foreign visitors last year, is setting up tourism promotion offices in the UK and Australia, while direct flights between India and Vietnam are being planned.

But, so far, the replacement of other markets has not overcome the hole left by the Chinese. Well, not yet anyway.

The other caveat on all this doom and gloom, and a warning to the doomsayers who think that tourism in countries like Thailand is ‘over’… the trade war WILL be over at some stage, the Thai baht will drop against other currencies, changes will be made in reaction to the drop in numbers. Phuket’s beaches will still be there, Da Nang will still have lovely weather and Angkor Wat will not be going anywhere.

After every sunset is another sunrise.