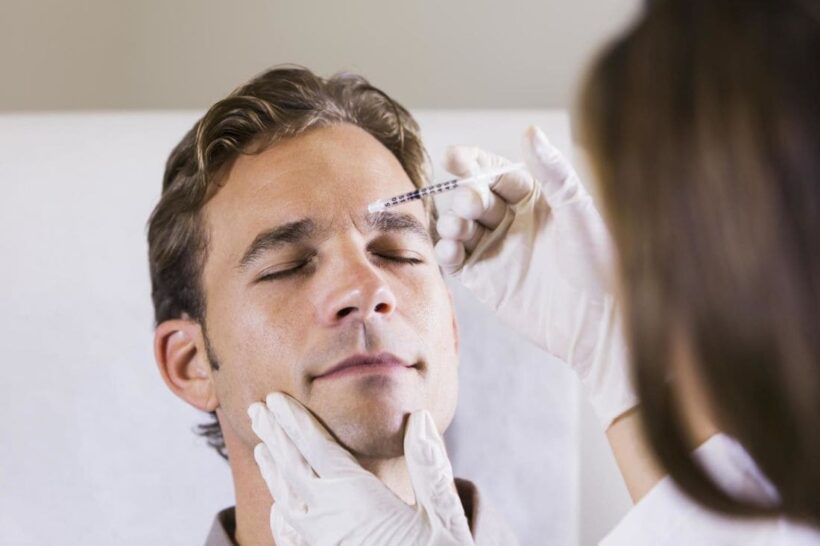 It is undeniable that looks and appearance are often seen as a determinant of self-confidence. It’s one of the reasons why skincare products or even plastic surgery is popular among so many people. Women tend to pay more attention to their appearance and a growing number of them are going under the knife to alter their looks. But the current trend of plastic surgery shows that men aren’t immune to the pressures of looking good.

More and more men turn to plastic surgery to look better, more masculine, or to regain their confidence.  According to the American Society of Plastic Surgeons, the number of men trying to enhance their looks and build confidence is increasing. In 2017, 1.3 million cosmetic procedures were performed on men. More people accept that men also want to look good and plastic surgery for men is becoming less of a taboo in society.

Among those who do take the plunge into plastic surgery are a relatively obscure group of guys know as Incels (short for involuntarily celibate), a subculture of men who blame women for their sexless life. Incel began as a support group for the dateless and became one of the internet’s most dangerous subcultures. This disturbing online community of celibate men have very strict male beauty standards and are obsessed with male plastic surgery. They believe that fixing their bone structure and transforming to look like a “Chad” (i.e. a good-looking alpha male) will fix their dating life.

Of course, we all feel ugly from time to time. Blame it on media consumption, sheer vanity, life satisfaction, or selfie culture, but these men will stop at nothing to achieve their desired look. For those that do go under the knife, they’re having plastic surgery on an area of their body that they’re most self-conscious about. They usually choose procedures that will improve their body and will give them a boost of confidence.

The most popular procedures for young men are body contouring, including liposuction to improve contours of certain areas, rhinoplasty or nose job to give them the perfect nose, tummy tucks to remove fat and excess skin, and male breast reductions to correct enlarged or overdeveloped breasts.

While young men focus on body enhancements, older men might have plastic surgery procedures to look younger. Procedures like a facelift, botox injections, and hair transplants are performed to remove the visible signs of aging. There are around 100,000 men in the US who had filler injections in 2017 – imagine what this number was 10 or 20 years ago!

People often travel abroad for these kinds of surgery. The main reason is that they can save 40 to 80 percent, according to a recent study by the International Society of Aesthetic Plastic Surgery (ISAPS).

So where do most men go for plastic surgery? Asia is the most popular place for men to undergo cosmetic improvements, not only it is home to South Korea, the world’s plastic surgery capital, but it is also known for its affordable world-class medical treatments and popular medical tourism destinations such as Singapore, Malaysia, and of course Thailand.

Plastic surgery in South Korea is so common that it is practically integrated into their daily lives. From advertisements in subways and streets, TV shows like “Let Me In”, to parents “gifting” their children some form of surgery after they become legal adults. Cosmetic tourism is a profitable market in the country, it attracts both domestic and international patients. The country has the highest rate of plastic surgeries per capita in the world with nearly 1 million procedures a year.

Other than the popularity of South Korea’s plastic surgery, there are many affordable options in Asia that attract male patients from all around the world.

Darren Lyons from MyMediTravel explains how countries like Thailand and Malaysia have now become a hotspot for male plastic surgery.

“The main reasons are obvious, these countries offer a wide range of world-class cosmetic procedures at a fraction of the in Western countries. A facelift, for example, can cost as little as $3,500 in Thailand, whereas in the US it will be more than double this figure. And what’s important is that the standards and quality in Thailand are equal, if not better than those in the US.”

As we all know, plastic surgeries are not always successful, there are many negative effects to it and there have been many reported cases of plastic surgery gone wrong. Bodies might become de-shaped after failed plastic surgery.

With well-equipped and well-experienced surgeons, hospitals and clinics in Asia offer a high success rate and safer procedures. Physical conditions of a patient are considered before undergoing surgery, and only those in good health are allowed on the operating table.