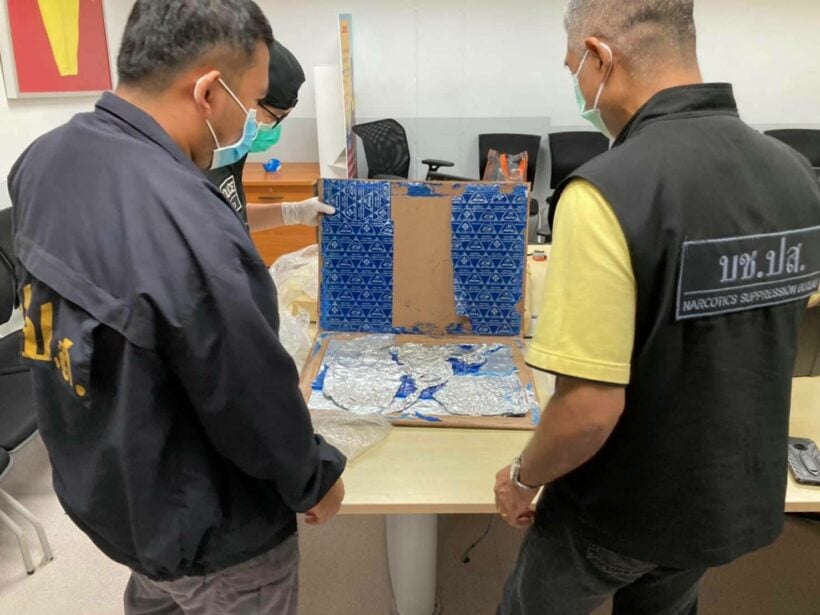 In Thailand’s ongoing crackdown on transnational drug trafficking, police seized heroin hidden in a photo frame in a package destined for Australia, and in a separate case, seized cocaine hidden in mascara tubes from a package sent to Thailand from Costa Rica.

In the first drug seizure, 470 grams of heroin were hidden in a photo frame in a package from Surat Thani that was destined for Australia, according to Office of the Narcotics Control Board secretary-general, Wichai Chaimongkol. The parcel was searched at a shipping company in the coastal province Samut Sakhon, southwest of Bangkok.

As part of the Justice Ministry’s move to work with foreign agencies to investigate transnational drug trafficking with routes in Thailand, Wichai said he shared the shipping address with Australian police for further action.

In the other recent bust, 390 grams of cocaine hidden in mascara tubes in a package sent to Pathum Thani from Costa Rica. Officials searched the package at a local postal service company. Police investigated and later arrested 27 year old Nuchanart Leela at her home in the province for allegedly being hired to receive the package.