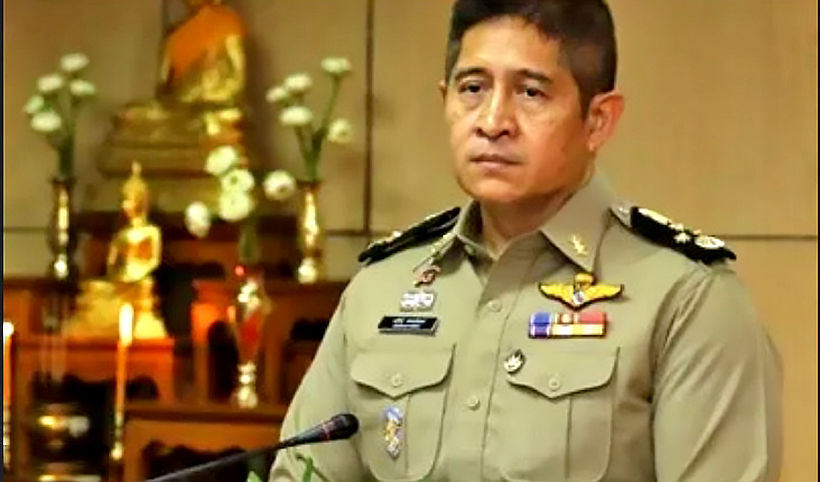 A senior police officer in northeastern Thailand is facing dismissal and criminal charges after drunkenly trying to grope a teenager. According to his supervisor, the police lieutenant allegedly “asked the girl if he could touch her private parts.”

Charoenwit Sriwanit, deputy inspector at Sahatsakhan police station in the northeastern Kalasin province, claimed yesterday that Uthit Onprasong confessed he had been drunk on duty and sexually harassed the 15 year old girl.

The offence makes him liable for criminal charges and disciplinary action. He will be dismissed and could face a jail term of up to 10 years.

Charoenwit quoted 56 year old Uthit as saying that he had been drinking at home on Monday morning when a colleague asked him to take over a duty shift at police station. At about 11am, a 15 year old girl arrived with her younger sister to pay a fine. They were then fined for failing to wear a crash helmet while riding a motorcycle.

The chief of Kalasin police says interrogation and surveillance camera footage revealed that Uthit brought the 15 year old to an upper-floor room, barred the door and asked to touch her private parts. The Bangkok Post reports Uthit has been transferred to Kalasin police headquarters pending prosecution.