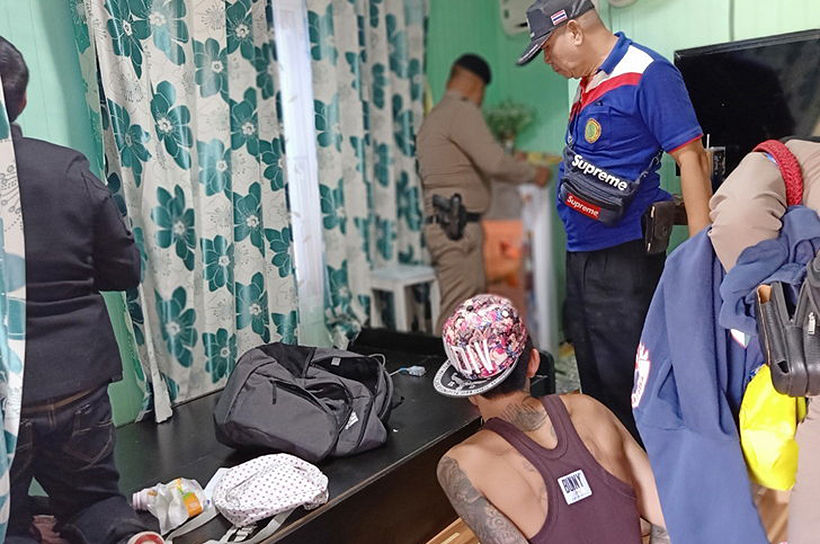 Police in Buriram north east Thailand, have rescued a 15 year old girl and arrested her 33 year old boyfriend after he threatened her with a gun to deliver drugs for his gang.

The girl, known only as “Aum,” called her father, who told police his daughter was being kept locked in a rented room in Nang Rong district and forced to deliver drugs for a local drug gang under threat of violence.

When officials and her family went to save the girl, they found a two room house. A search discovered a teenaged boy and three minors, one of whom was Aum.

“When she saw her aunt with the police, Aum ran and tearfully hugged her, realising she was finally safe.”

A further search of house turned up crystal methamphetamine (ice), methamphetamine pills, weapons and drug paraphernalia, all hidden throughout the house. Police believe the drugs were probably for personal use as there was equipment for smoking ‘ice’ and a digital scale. All the evidence was seized and will be used in the case.

Aum told police she met Louis at a karaoke restaurant, and that he invited her to stay with him and a few friends. She says he started pressuring her into using drugs and later forced her to deliver them for him. She told police about trips to pick up drug shipments and thenbeing forced to deliver the orders. Louis began threatening her with a gun, prompting her to call her father. 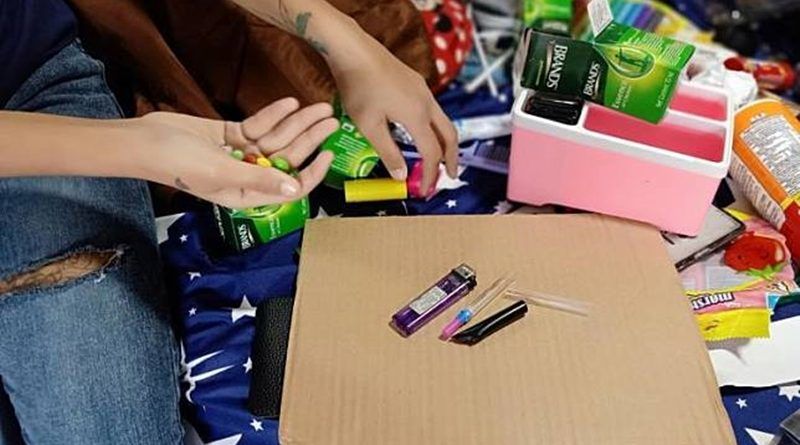