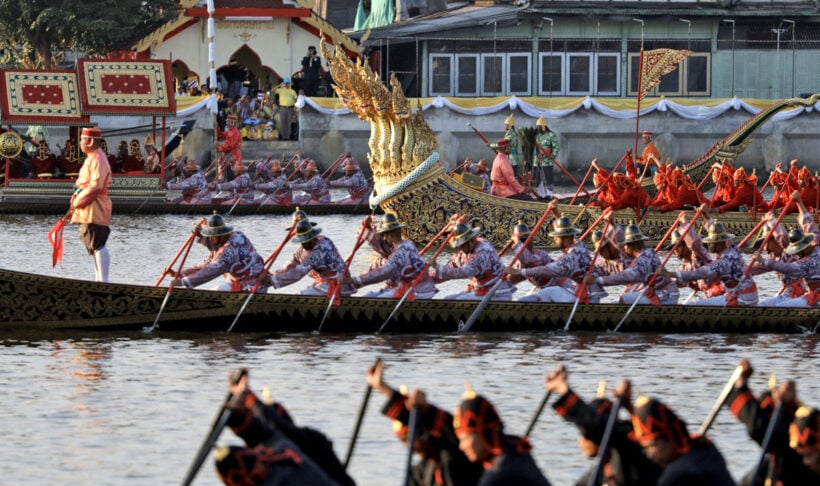 Perfect weather greeted the royal barge procession for HM King Maha Vajiralongkorn for the celebration of his coronation yesterday. Thousands gathered along the shores in sic specially constructed grandstands to view the rare spectacle of the Royal Barges, crewed by Thais in full regalia, plying the waters of the Chao Phraya. Millions more watched the live coverage.

HM the King, accompanied by HM the Queen, started the procession at Wasukri pier at 4pm. They disembarked at Ratchaworadit pier and proceeded to the Grand Palace. The procession of barges was about 1.2 kilometres long, and 100 metres wide as it made its way down the river.

HM the King then rode in the royal palanquin in the small royal land procession on Maha Rat Road. The procession travelled to the Grand Palace through Vises Jayasri Gate. Meanwhile, Her Majesty Queen Suthida also participated in the land procession participating in the King’s Guard. After arriving at the Grand Palace, His Majesty changed his royal attire and robe and then returned to Amphorn Sathan Residential Hall by car.

King Maha Vajiralongkorn Phra Vajiraklaochaoyuhua, Her Majesty Queen Suthida Bajrasudhabimalalakshana, and His Royal Highness Prince Dipangkorn Rasmijoti were travelling on the royal barge Suphannahong, considered the most gracious and beautiful barge in the collection.

Suphannahong was crewed by 50 oarsmen with two steersmen, two officers, one standard bearer, one signalman, seven Royal Chatra bearers and one lead ‘chanter’ to sing the traditional boat song with the oarsmen chanting in unison.

The royal officials invited Phra Buddha Patima Chaiwat, a Buddha image from the reign of King Rama IX, to be enshrined in the middle of the barge, a tiered roofed shrine on the royal barge Anantanakkharat.

The royal barge procession departed Wasukri Pier to Ratchaworadit Pier where the land procession to be held. 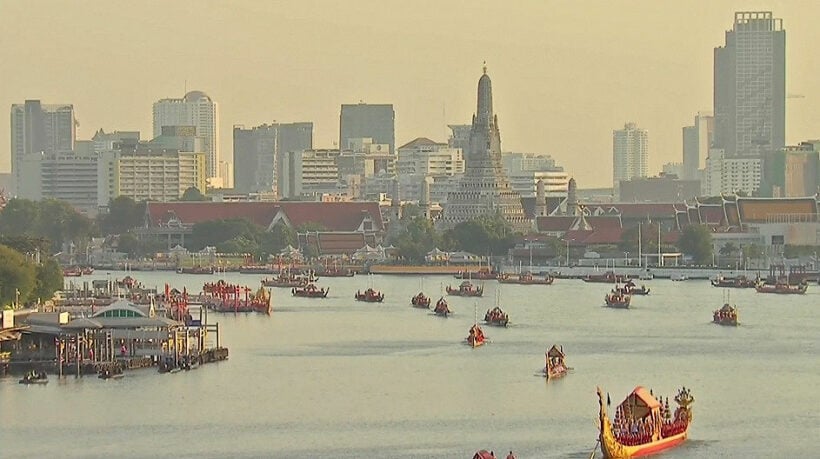 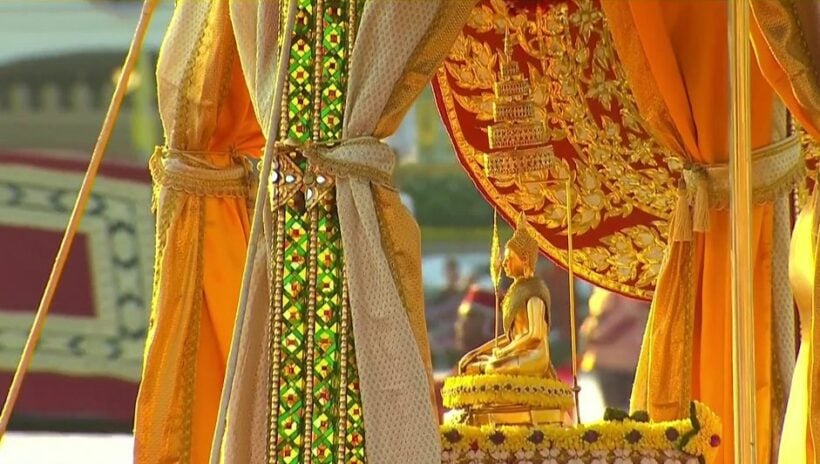 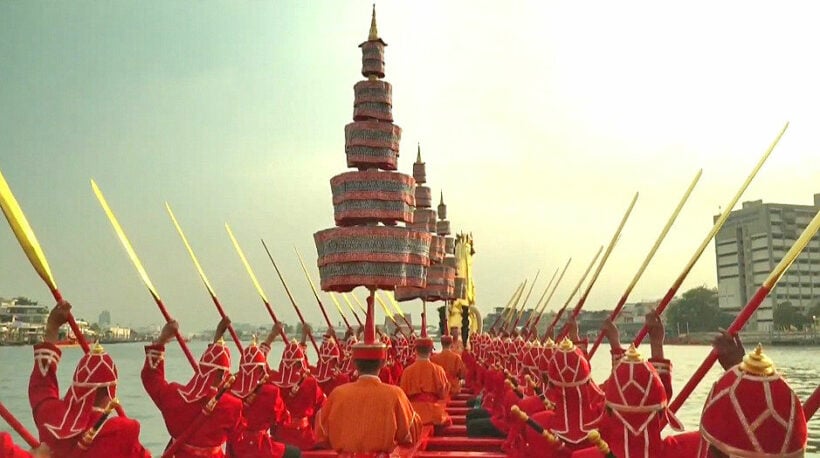 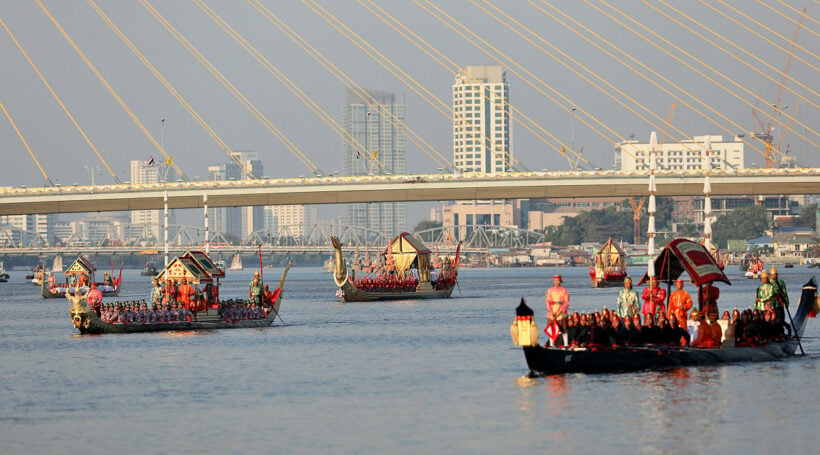 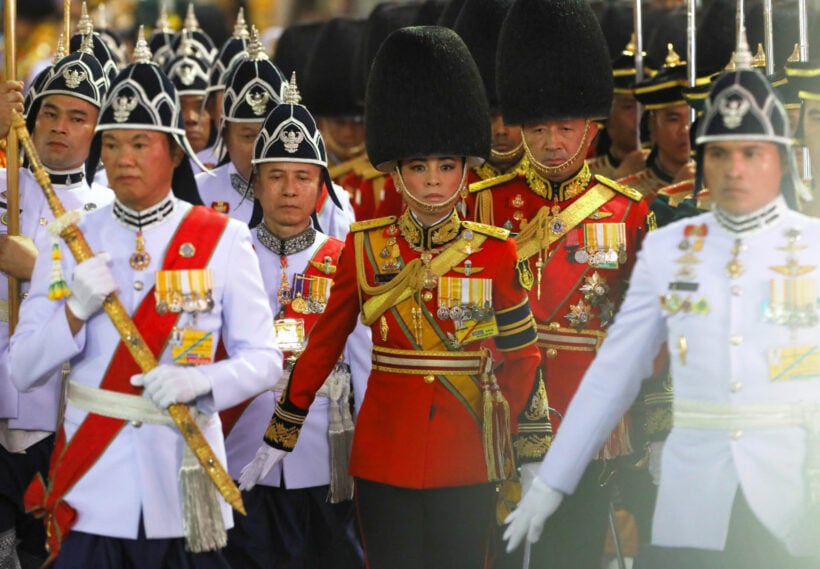 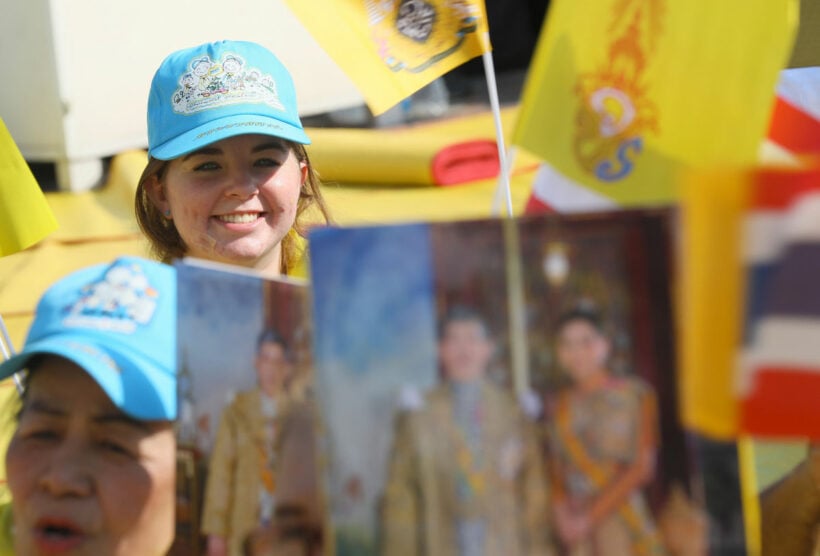 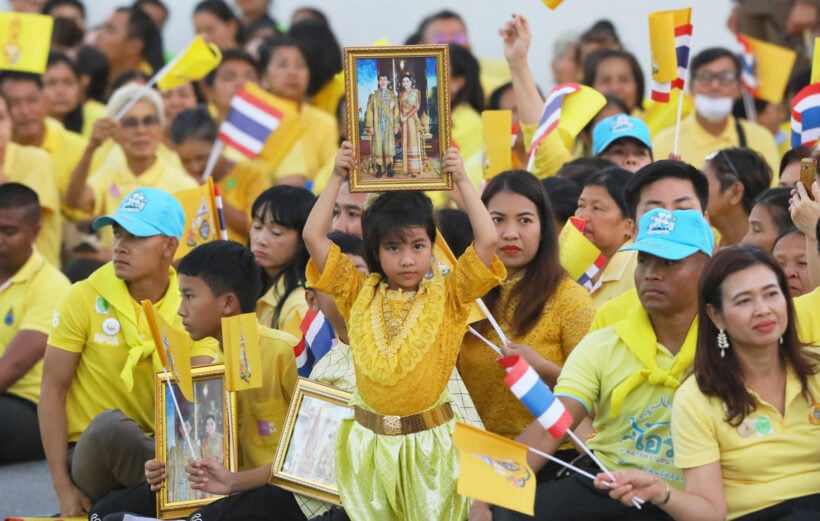 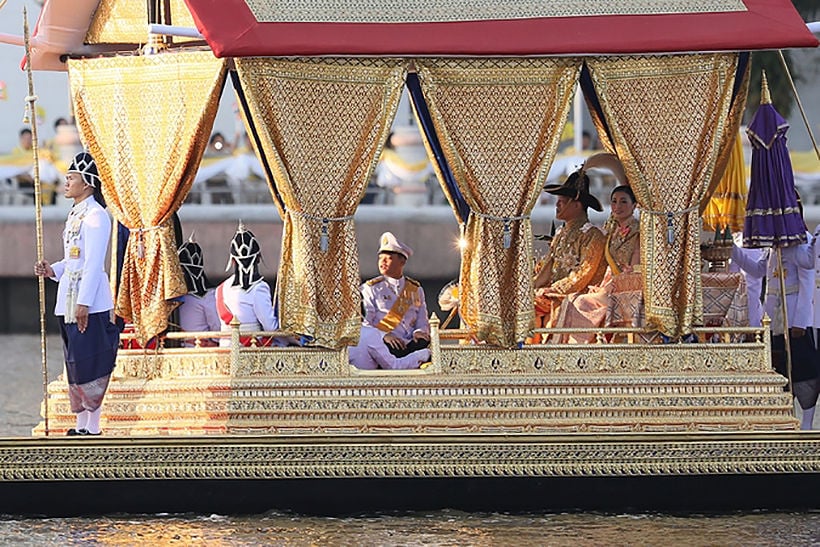 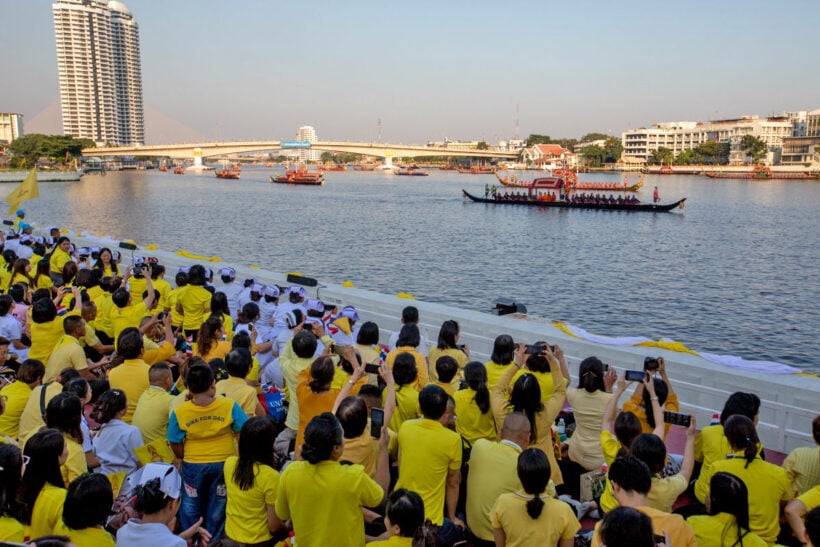 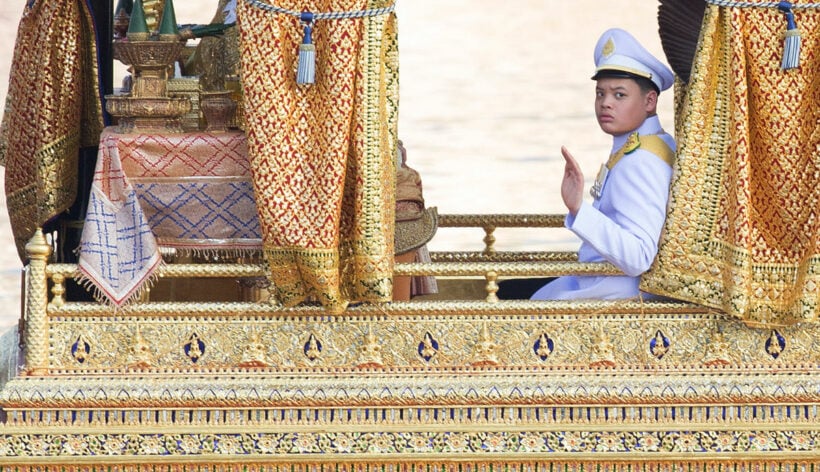