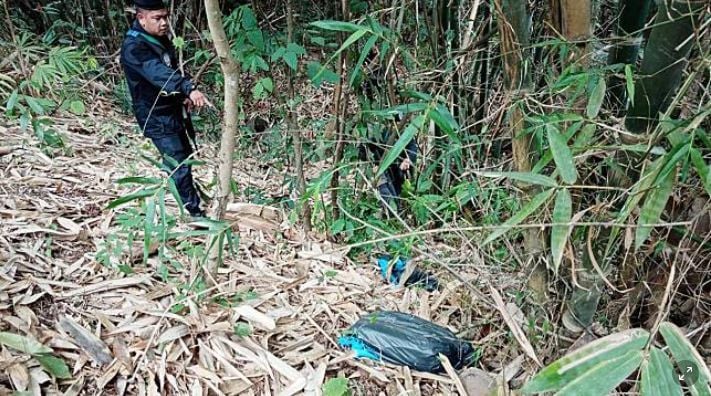 Around 5.30pm yesterday, 31 troops under the direction of Police Colonel Ratana Phatthanasophon, Division 31, were investigating the smuggling of drugs through the Thai-Myanmar border into Mae Fah Luang District, Chiang Rai Province.

5-6 people were reported walking around the area where the authorities were undergoing routine patrols in the surrounding area.

Officials asked the “suspicious men” to stop. But instead they shot back, causing a shoot-out between the groups which lasted for about 5 minutes. 1 suspect was wounded while the rest were able to get away. 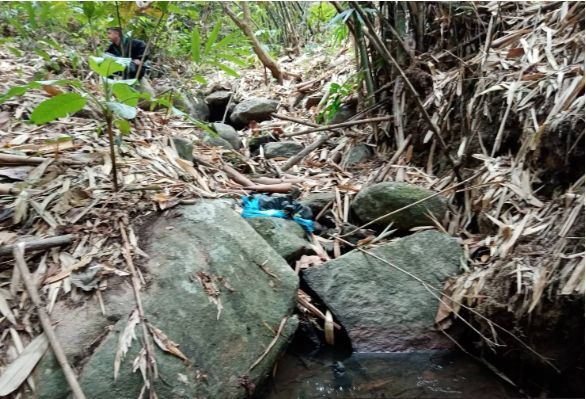 Checking on the scene the next morning, as to what had happened the previous night, officers found 4 black bags. When opening the bags they found more than 300,000 methamphetamine pills.

Rattana said “that the current drug smuggling has changed from nighttime to conducting operations during the day. This is because of the outbreak involves curfew checkpoints”.