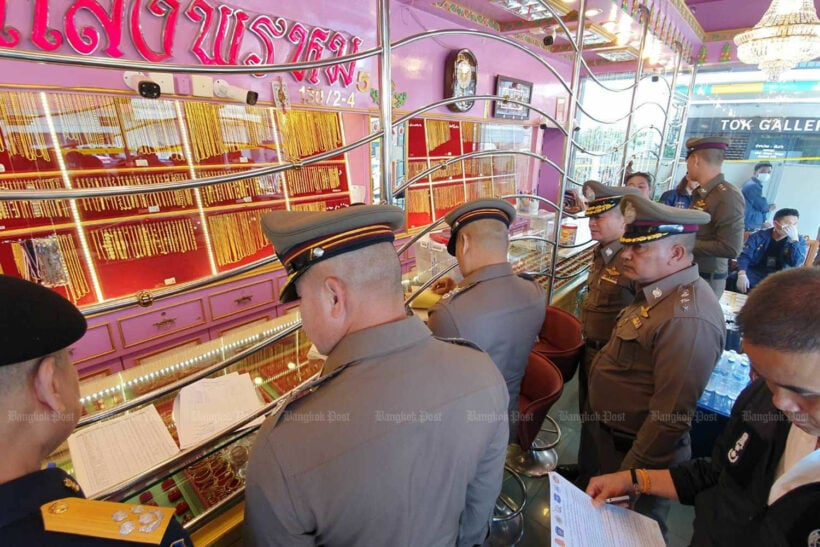 Police in the central Thai province of Phitsanulok have seized assets valued around one billion baht from a gold shop and its related businesses. The store was suspected of being the ‘shop front’ to a larger drug trading network. An arrest warrant was issued for the shop’s owner, his son is already in custody.

A team of around 100 officers from provincial police, narcotics and other agencies searched 13 venues in Phitsanulok and Chiang Mai yesterday.

The operation followed the October arrest of four drug suspects and the seizure of more than a million methamphetamine pills in Chiang Rai.

Officers had earlier arrested two other suspects, 36 year old Chalermpong Kosiri and 50 year old Bulakorn Kaewma, at a petrol station in Ayutthaya on the same night. Chalermpong is Nanthaphan’s son from another relationship.

Their confessions have so far led to six more arrests. Police say Nanthaphan was the leader of the gang and bought drugs from a trafficker.