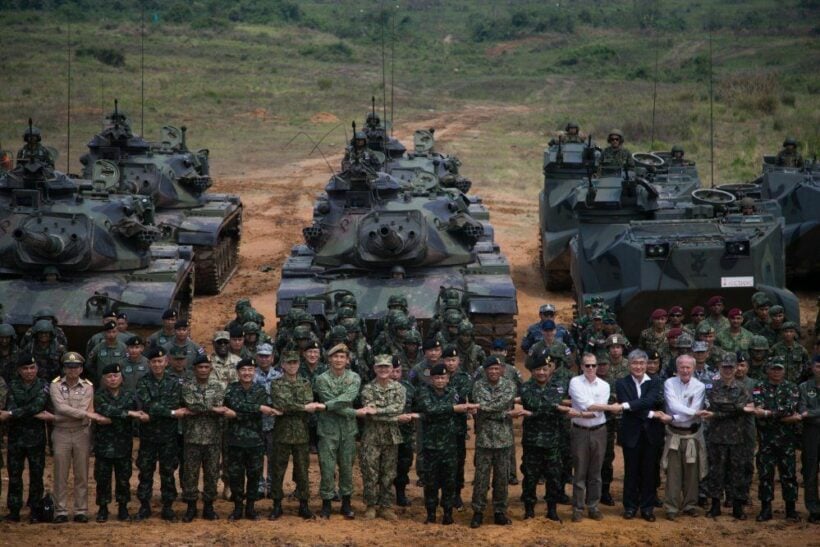 Myanmar military observers will not participate in this year’s 41st Cobra Gold military exercise, which will take place from February 20 to March 5, according to Lt Gen Chitchanok Nujjaya, Director of Joint Operations. He said the decision was made by both Thailand and the US since there was not enough time to prepare for Myanmar’s participation.

Although there were rumours that the US was planning to use the drill to covertly transfer weapons to ethnic minority groups opposing Myanmar’s military regime, he confirmed that Cobra Gold would not be held near Myanmar’s border and that the exercises will take place in Prachuap Khiri Khan, Lop Buri, Rayong, and Chon Buri.

The number of troops would be lowered from 8,964 to 3,460, and participation would be subjected to severe health measures due to Covid-19. There will be no amphibious landings, civilian evacuations, or live-fire drills, and each exercise will be limited to 500 men.

India, China, and Australia would have limited participation in human aid drills, whilst Singapore, Indonesia, Malaysia, Japan, South Korea, Thailand, and the US would be fully involved. Thailand will send 1,953 soldiers to this year’s Cobra Gold event.

Jason
It's a bit bizarre that India and China are involved in military exercises, especially considering the strife between the two countries on India's northern border.

Poolie
A border spat thats been going on for twenty years.