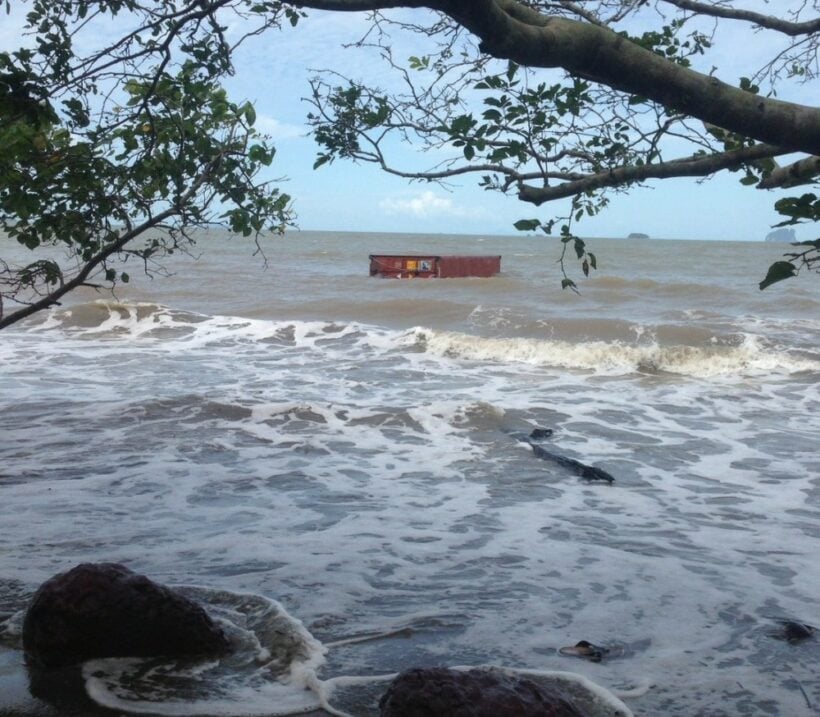 The Andaman Sea, off the coast of Trang, has ended up with 17 shipping containers floating around after a passing cargo ship was hit by big seas, washing the containers over the side. The incident happened this morning (Wednesday).

The vessel, the ‘NP Lovegistics 2’ sent out a distress call after waves caused a failure in the ship’s electrical system. The ship ended up without steering and was floating, adrift, west of Koh Lao Liang. 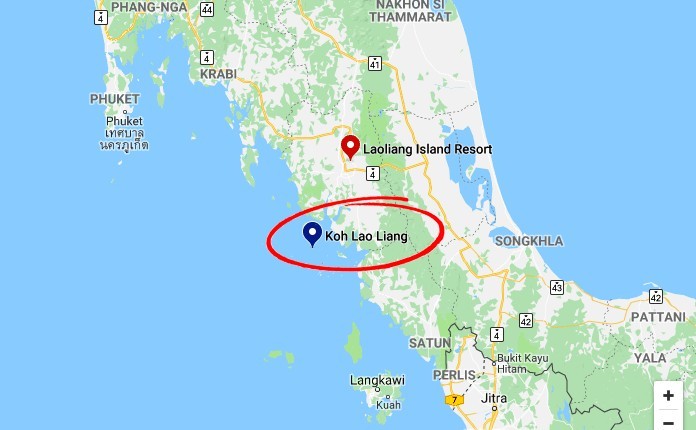 The Trang marine police sent a patrol ship to meet up with the cargo vessel after learning of the incident around midday. Rescuers learned that the crew had restored power but the 17 large containers had already washed off the decks of the ship.

Marine police advised the ship captain to bring the ship into the Trang pier in Tambon Na Klua while retrieval of the errant containers was evaluated.

Trang Harbour officials say nobody aboard the ship was injured. 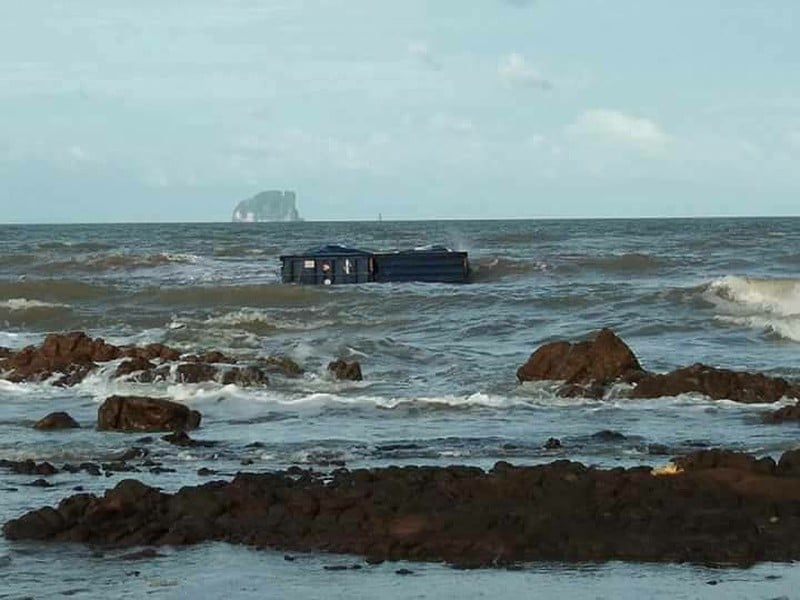 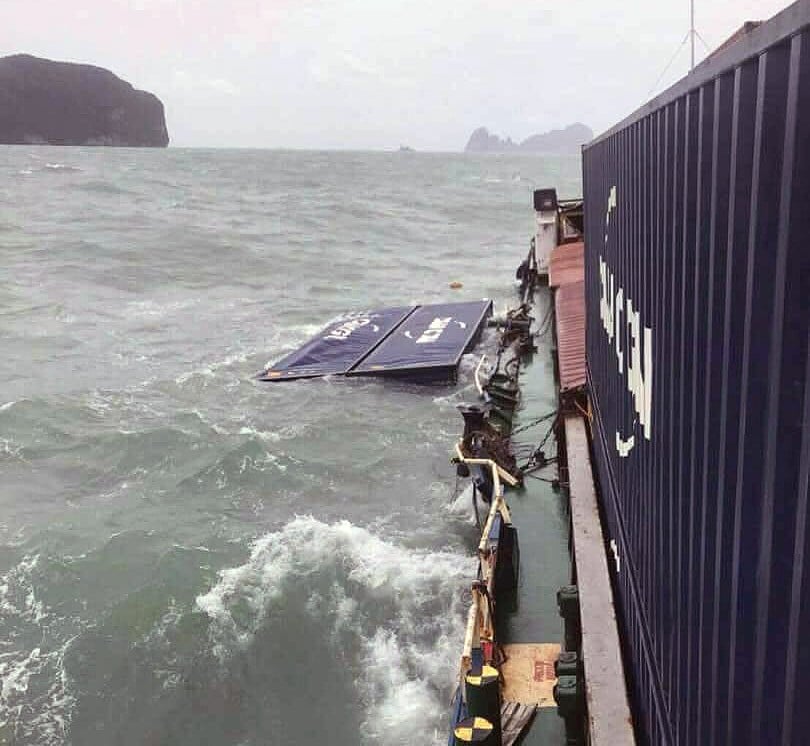