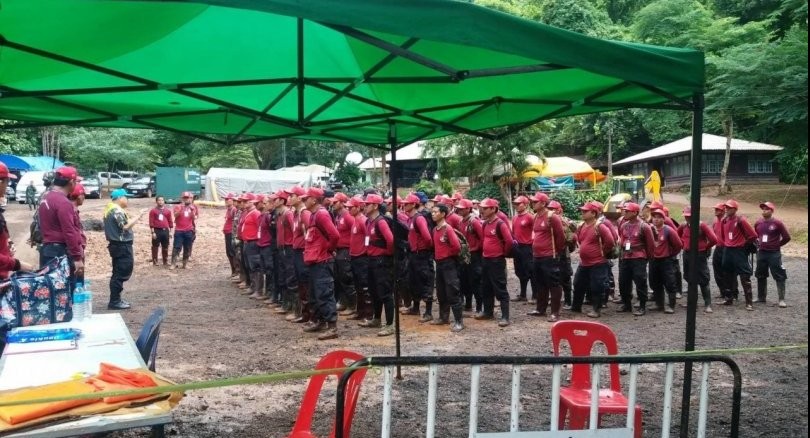 Officials resumed the search operations for the 13 missing footballers in Chiang Rai’s Tham Luang Cave at 7am.

Forestry officials, Disaster Prevention and Mitigation officials, border patrol policemen and officials from other agencies started preparing equipment and foods to survey shafts leading to the cave. Some prepared equipment to climb down a 40 metre deep shaft after they climbed down yesterday to find a chamber with more passages. They plan to survey the passages today. 50 officials from the National Parks, Wildlife and Plant Conservation Department in Chiang Mai are also joining today’s search.

The officials took along food and drinks before embarking on the search operations. Meanwhile, a monk led relatives of the missing 12 youths and their assistant coach to hold a morning prayer inside a tent set up for the families. The families appeared exhausted after waiting in the tent for days.

Five helicopters airlifted a team of border patrol policemen to join in today’s search of a shaft over the Tham Luang Cave.

Deputy Police Commissioner-General Pol General Veerachai Songmetta, who heads the team, said the team will climb down the 60 metre deep shaft from Pha Mee Mountain to try to reach three chambers on the side of the cave where the 13 young footballers may have been trapped since last Saturday. The border patrol policemen are equipped with wireless communications tools that would feed their pictures back live to the top of the mountain where Veerachai is based for analysis. 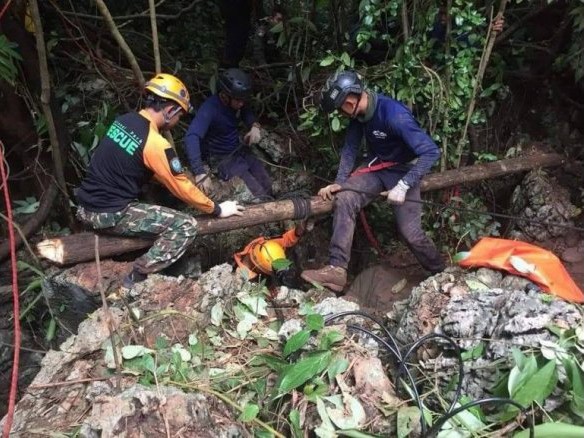 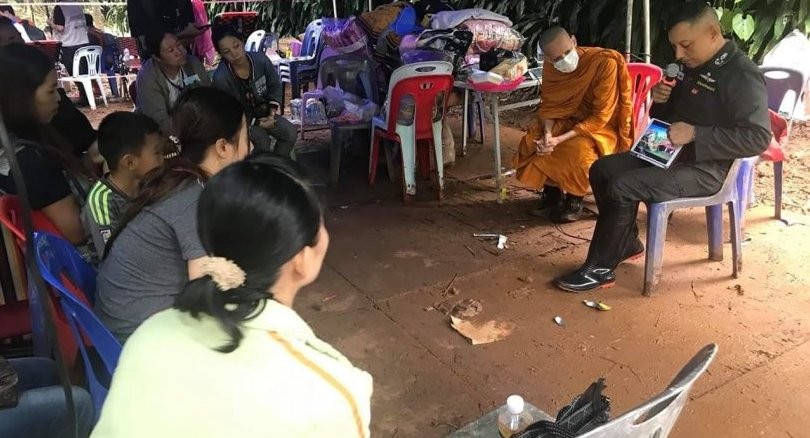 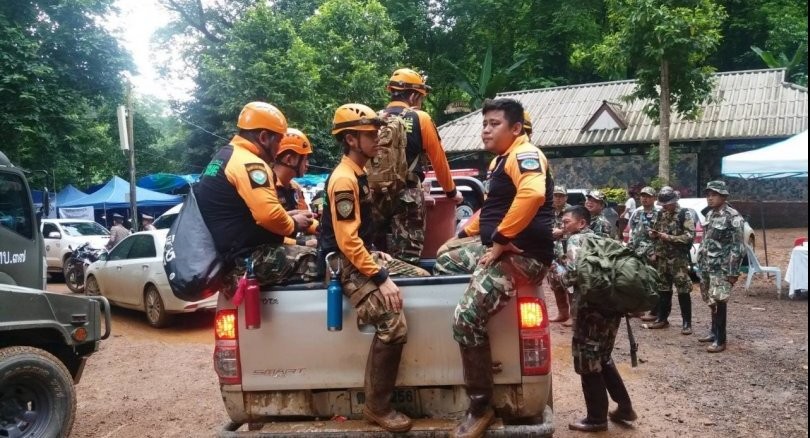