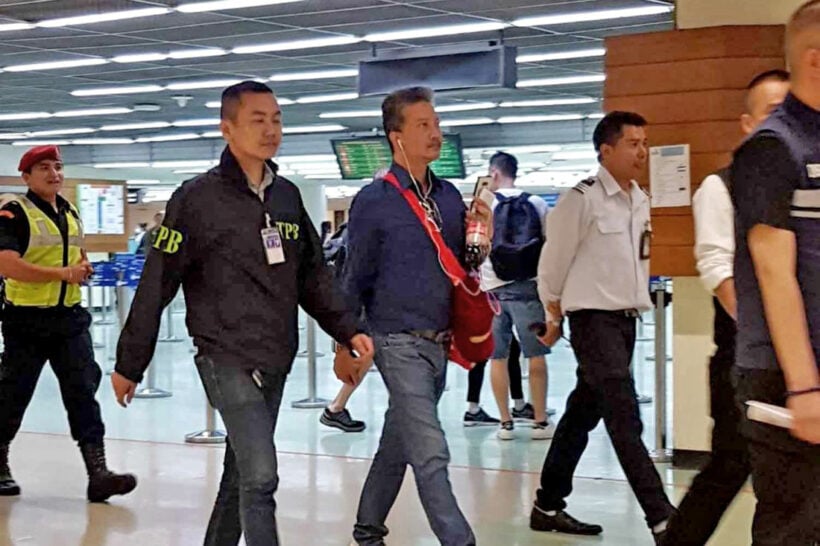 A man who conned his bride into believing he was a billionaire, then absconded after their wedding leaving her to pick up the tab, has been arrested at Don Mueang airport in Bangkok. He remains in custody and is currently being questioned by police.

49 year old Thananat Siripiyaporn was detained after getting off an Air Asia flight from Hong Kong on Thursday night.

The Bangkok North Municipal Court had issued a warrant for his arrest on a fraudulent cheque charge and the authorities were alerted of his arrival by the biometrics system being used by Thai Immigration police.

The Bangkok Post reports that Thananat married a 30 year old product presenter in a lavish ceremony in Buriram, north-east Thailand, last May.

A woman has divorced her husband after 8 months of marriage after she discovered he’d lied about being a multi-millionaire. Incredibly, this was the only reason she’d married him in the first place.

The party is understood to have cost 3.5 million baht, which the groom left the bride’s family to pay after he absconded shortly after the event, taking the dowry cheque with him.

His wife claims he told her he was a wealthy businessman, worth billions of baht.

A con man and a cad!