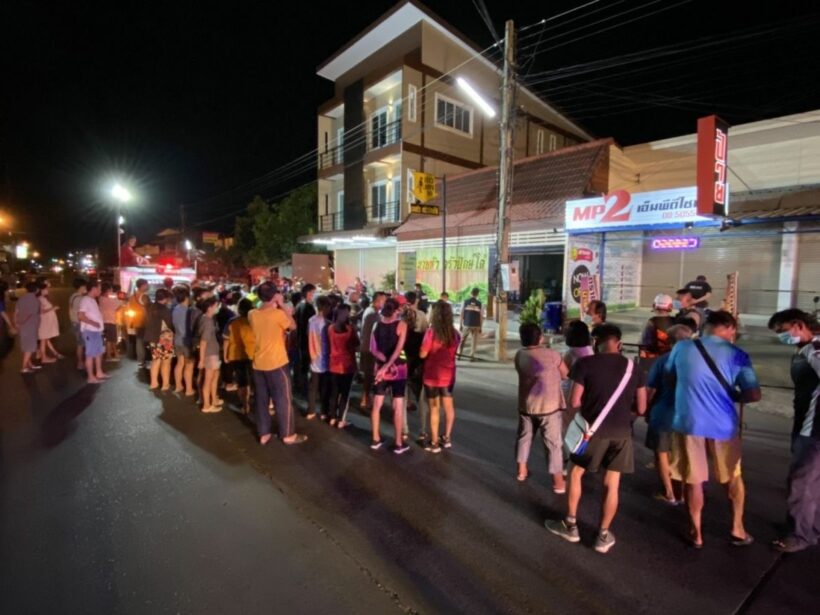 A restaurant owner in Issan’s northeastern Maha Sarakham province has surrendered to police after allegedly shooting dead his wife and stepson. Police were alerted to the shooting incident at a restaurant in the province’s main city district last night. They arrived at the scene to find the alleged shooter, identified as 31 year old Udomsak Thepharat, had locked himself inside.

Udomsak reportedly fired a warning shot to discourage officials against getting too close. Dramatic video from Nation Thailand below.

Police found Udomsak’s nephew, 18 year old Pholkrit Chukerd, shot in the back and lying in front of the building. He was rushed to Maha Sarakham Hospital and is now in stable condition.

Udomsak surrendered the 9mm CZ handgun which was reportedly used in the shootings. 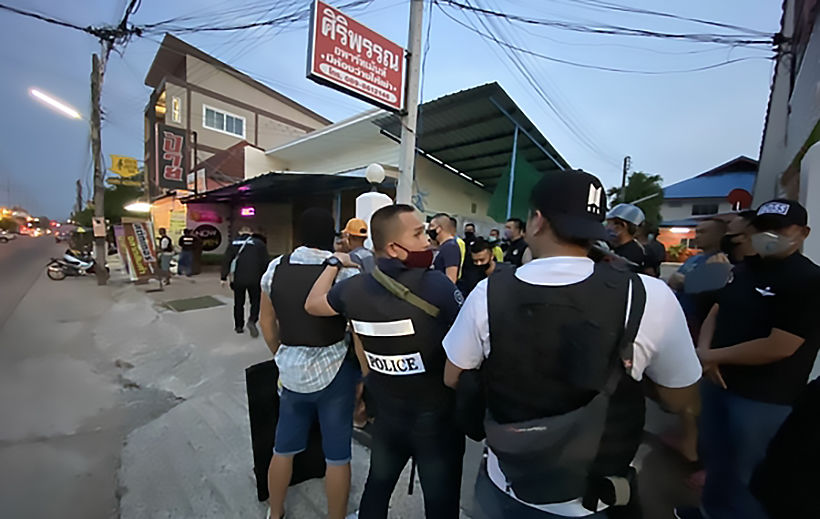 Witnesses told police that they heard loud quarrelling from the building between the owner and Pranit before several shots were fired, followed by Pholkrit running out of the restaurant with an injury. Neighbours say that they’d often heard the couple fight over money and alleged debts