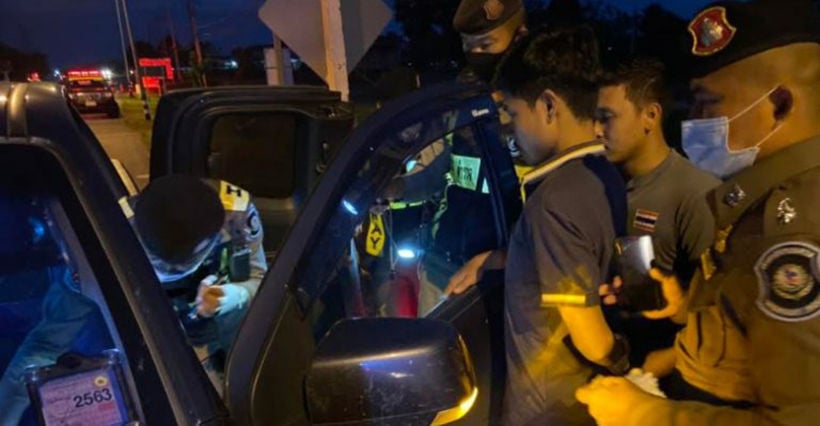 Highway police in Isaan’s Surin province have arrested a man for using drugs while driving. Officers were working at a road checkpoint to prevent illegal activities on the road including racing, and to inspect vehicles for illegal goods such as drugs.  The driver, “Samart”, and the passenger, Songchai Poksanit, both 25 and both locals from Prasat District, were using methamphetamine. When the driver lowered the window, officers noticed a suspicious odour coming from the vehicle.

While officials were setting up the checkpoint they noticed a gray Chevrolet truck with a Surin license plate driving from Prasat District into the main city. They pulled the truck aside and the passengers started acting suspiciously. The driver was asked to lower the windows and a weird smell came from inside the truck. The driver and passenger were asked to get out of the car for a search; the driver had yaba (methamphetamine) pills in both of his back pockets.

The truck was inspected and more Yaba pills were found in a purse behind the driver’s seat. A total of 141 yaba pills were found on the driver and in the truck. Both admitted at the checkpoint that they were using drugs while on the road. The yaba pills found were for distribution, each small bag costing the suspects 12,000-13,000 baht. The suspects said they buy about 3 bags per month.

Highway police arrested both suspects before delivering them to the Prasat Police Station for prosecution. 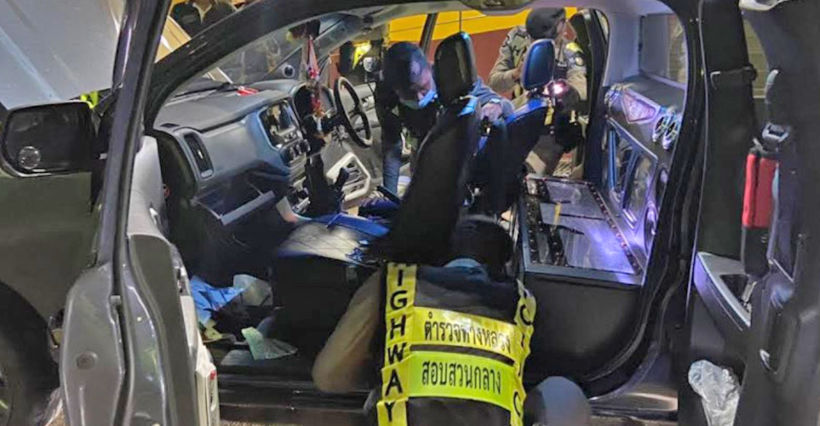