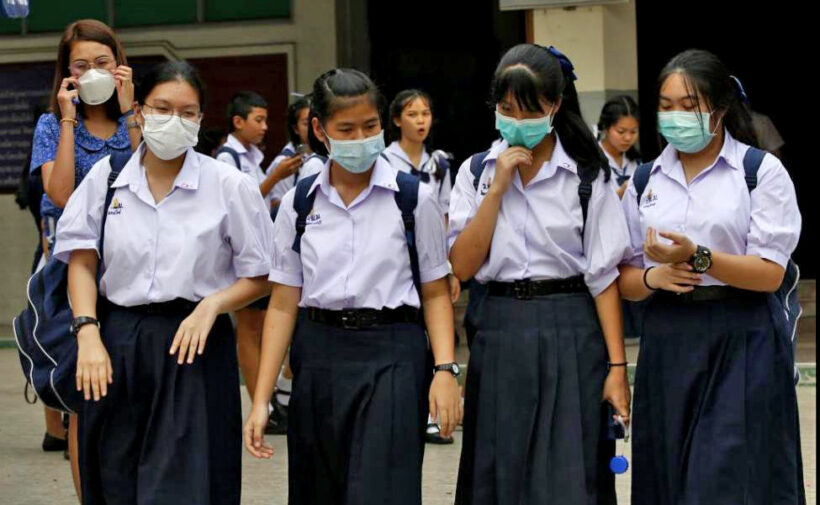 The Thai PM Prayut Chan-o-cha is ordering Bangkok authorities to immediately activate prepared measures to mitigate the city’s haze and air pollution which has returned to Bangkok and its suburbs over the weekend and today.

Expressing concern about the haze the PM pleaded with construction site operators and industries in Bangkok and neighbouring provinces to reduce their dust emissions. He also advised people in high risk areas to wear proper face masks whey they are outdoors.

The Pollution Control Department today (Monday) reported that 13 areas in Bangkok, two in Nonthaburi province, one in Pathum Thai, five in Samut Prakan, two in Samut Sakhon and one in Nakhon Pathom have excessive levels of PM2.5 dust particles.

PM2.5 particulate readings over 50 microns are considered a health threat.

This morning the Bangkok reading was over 250! This afternoon it’s settled down a little with readings around the 150 range. 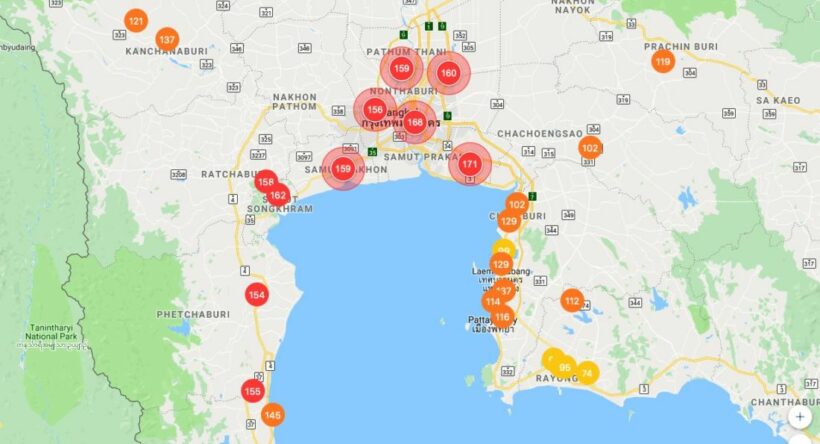 Thara Buakamsri, director of Greenpeace South-eastern office, said that most of the measures to deal with the haze, and especially PM2.5 particulate, are only on paper or under discussion, adding that the Pollution Control Department’s 19 air quality monitoring stations, and the City Hall’s monitoring devices based in all districts of Bangkok, are not enough to provide much needed real-time readings for the public.

He also suggested that the safety threshold of PM2.5 dust particles should be reduced to 35 microns (per cubic metre), from 50 microns, and the average annual safety threshold should be cut to 12 microns, a reading well below the recommended maximums of the World Health Organisation (which is 50).

Keep track of the readings from AirVisual HERE.

Dangerous air quality returns to Bangkok – Readings up to ‘233’ today