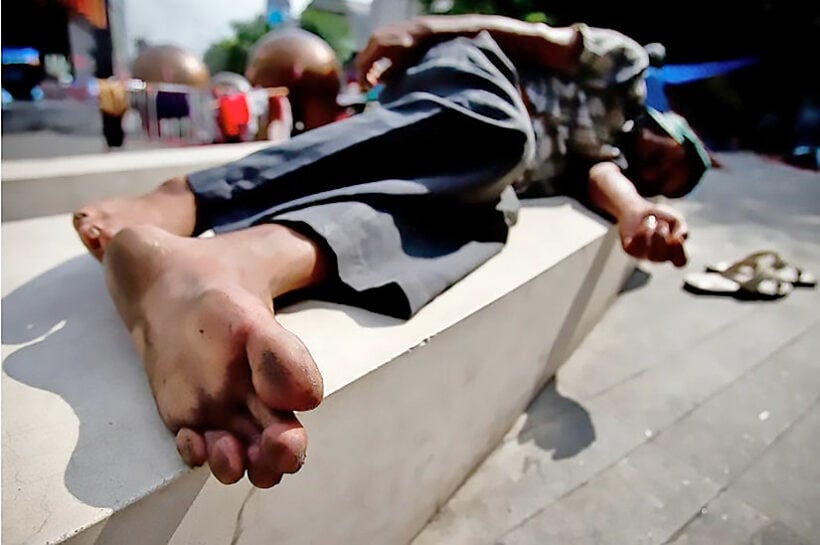 “The homeless can’t stay at home.”

Earlier this month, Police in Chiang Mai arrrested “Tui,” a homeless man, for violating the national curfew imposed as part of the Emergency Decree to contain the spread of Covid-19. Police say they “found him wandering on the streets without permission from authorities or valid reasons,” and the court then sentenced Tui to 15 days in jail, suspended, and a fine of 1,500 baht. The judge decided not to put Tui in a 3 day detention in lieu of paying the fine, as Tui couldn’t afford it.

The judge ordered Tui, who usually sleeps on the floor of a local wet market, not to repeat the offence and not to leave his home for seven days. Tui told Human Rights Watch that he did not see how he could manage that.

“I will just have to hide, and hope police don’t see me on the streets at night again.”

There have been many such cases across Thailand, raising concerns that the emergency regulations are disproportionately hard on the homeless. Indeed the regulations assume that people have a home to go too.

Government figures show Thailand has about 2,700 homeless people, likely a gross under-estimation in a nation of around 66 million. Bangkok alone could have as many, very probably a lot more.

The lockdown and empty streets mean fewer chances for homeless people to earn money. What’s more, they face stigmatisation and accusations of carrying and negligently spreading the virus, as well as of defying government orders.

It’s been over 15 weeks since Thailand recorded its first Covid-19 case, but the government still has not reached out to the homeless population for testing. Only rudimentary temperature checks using questionably-accurate handheld thermometers are available to homeless people when they line up to receive food and necessities.

Government shelters are often overcrowded, without sufficient space required for the mandated “social distancing,” and are usually far from areas homeless people know and frequent, so they are reluctant to go.

Leilani Farha, the UN special rapporteur on the right to adequate housing, sees the potential for catastrophe.

“Housing has become the front line defense against the coronavirus. Home has rarely been more of a life or death situation.”

Thai PM Prayut Chan-ocha has repeatedly said “no one will be left behind.”

“He should insist government officials follow his motto and apply it to people without roof over their heads.”

Thailand loses US free trade benefits worth billions of baht