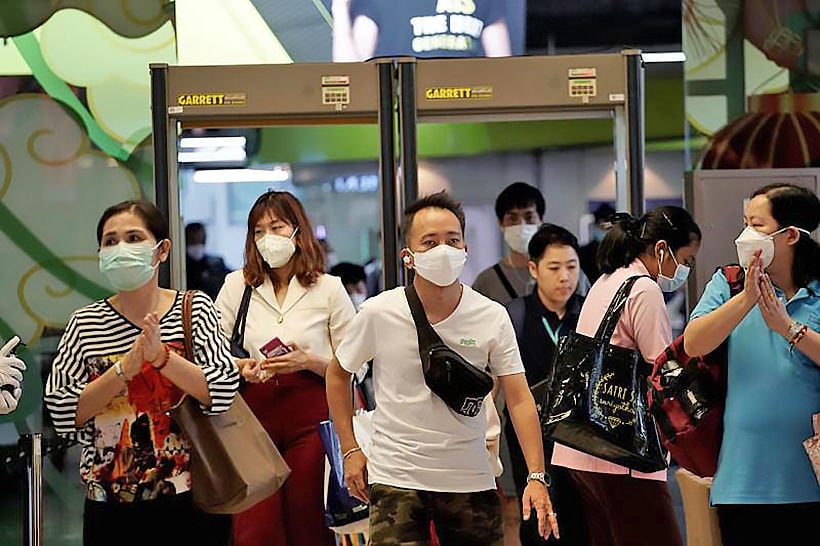 Thai health officials today confirmed 30 new Covid-19 cases, taking the national total to 2,643. 2 new deaths raise the national tally to 43. The trend continues downward, with 54 new cases reported last Thursday, 50 on Friday, 45 on Saturday, 33 on Sunday, 28 on Monday and 34 yesterday. But a spokesman for the government’s Centre for Covid-19 Situation Administration says the situation is still a cause for concern.

“We must not let our guard down. Thailand’s death toll from coronavirus now stands at 43.”

The current crop of cases can be divided into 4 groups…

One of the new deaths was a 65 year old female street food vendor who already had diabetes and high blood pressure. She developed flu-like symptoms on March 11. She tested positive for Covid-19 on March 19 and took the antiviral drug Favipiravir. Her condition worsened on March 22 and she died last Monday.

The other was a 60 year old man who returned from a Muslim ceremony in Indonesia on March 24. He developed a high fever on April 2 and tested positive for the virus the same day. He died yesterday.

Globally, total confirmed cases jumped over the 2 million mark today with around 126,000 deaths. 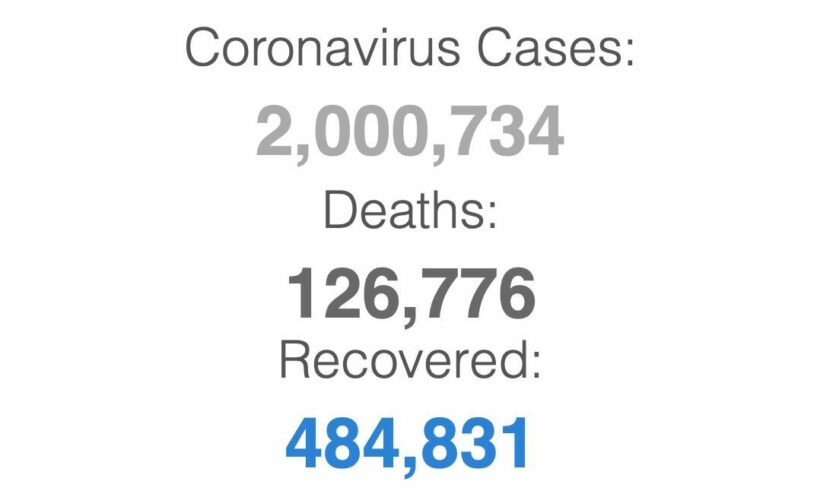