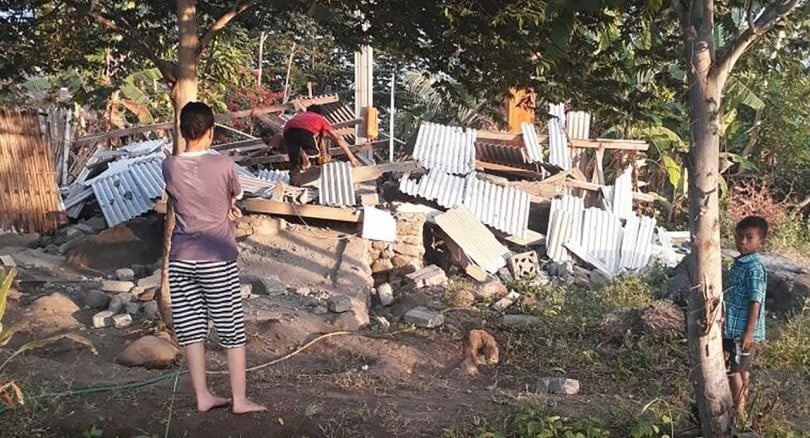 A shallow 6.4 magnitude earthquake has struck the Indonesian holiday island of Lombok this morning. At least three people are reported to have been killed. Lombok is 100 kilometres east of Bali.

The United States Geological Survey reports that the quake hit at 6:47 am local time today. The epicentre is believed to been around 50 kilometres north east of Lombok’s main town Mataram, which is a long way from Lombok’s tourist hot spots.

Three people are reported to have died and at least two dozen others have been injured according to initial reports. Officials have closed the popular hiking trails on Mount Rinjani temporarily citing fears of possible landslides. People living close to the epicentre report “feeling a strong jolt”.

Lombok sits amid an archipelago of small island along the ‘Pacific Ring of Fire’, bordering one of the world’s most active tectonic plates.