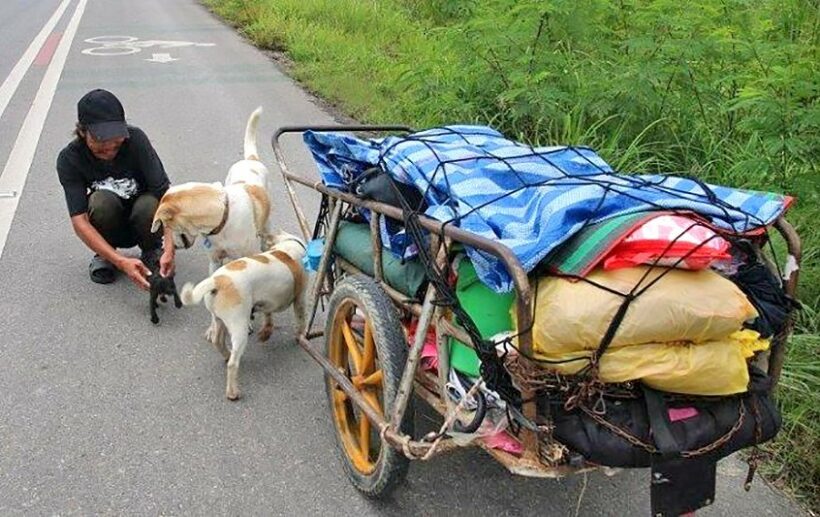 The man who headed out on an epic journey of 1,500 kilometers to fulfill a promise to take his girlfriend to Thailand’s highest mountain 18 months ago, has run into beaurocrats in Chiang Mai.

The man headed out from Trang in March 2017 with his partner’s ashes. Along the way he befriended a kitten and two stray dogs who have been his companions along his north-bound journey ever since.

He reached Chiang Mai, about to head up Doi Inthanon, Thailand’s highest peak, only to be stopped by park officials at the Doi Inthanon national park. The Park Chief Roong Hiranwong said that 49 year old Sakchai Suphanthamat was welcome to ascend the mountain but his companion animals weren’t permitted to enter the national park and he’s not allowed to spread the ashes of his girlfriend there either.

The park chief, quoting reams of rules and regulations, said the mountain in the Chom Thong district of Chiang Mai, is highly revered by worshippers. He said that spreading his cremated partner’s ashes could result in damage to the environment and may encourage others to follow suit.

Oa good note, however, the park chief did promise that his pets would be cared for and the man would be provided free accommodation whilst he paid homage to the mountain and completed his journey – a journey resulting from a pact he and his deceased girlfriend had made years ago to visit the sacred peak.

Sakchai reached the peak on Doi Intanon, his partner’s remains with him, fulfilling the promise he had made to take her to the mountain top.

His two dogs, Krachai and Namo, and the little black kitten, were awaiting him when he came down from the mountain. Mission complete.

Watch some video of Sakchai arriving in Chiang Mai HERE. 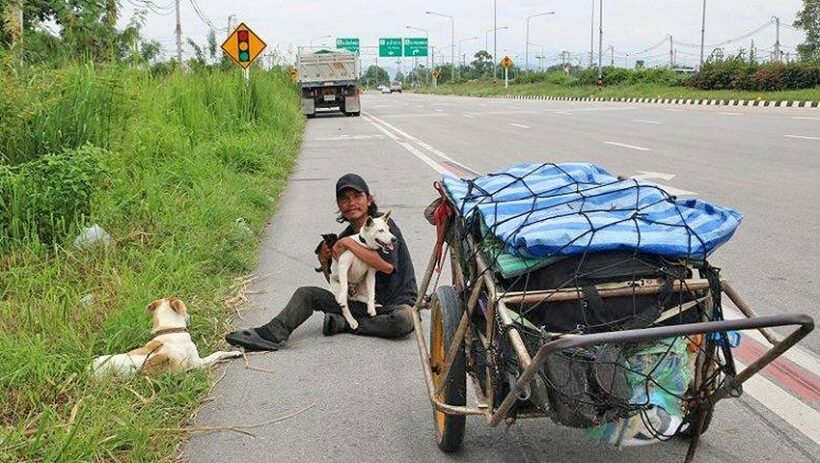 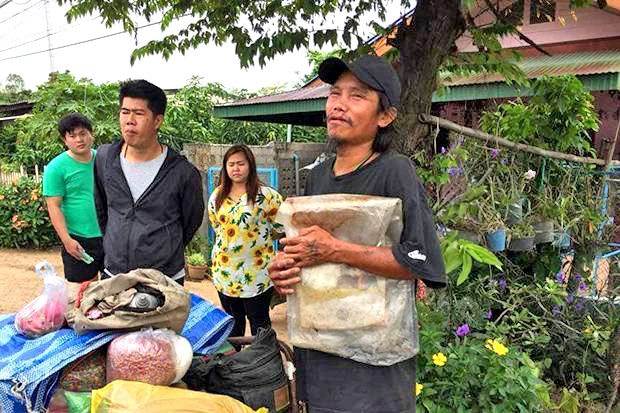 Thai woman drugs, then steals from two tourists – one of them is dead