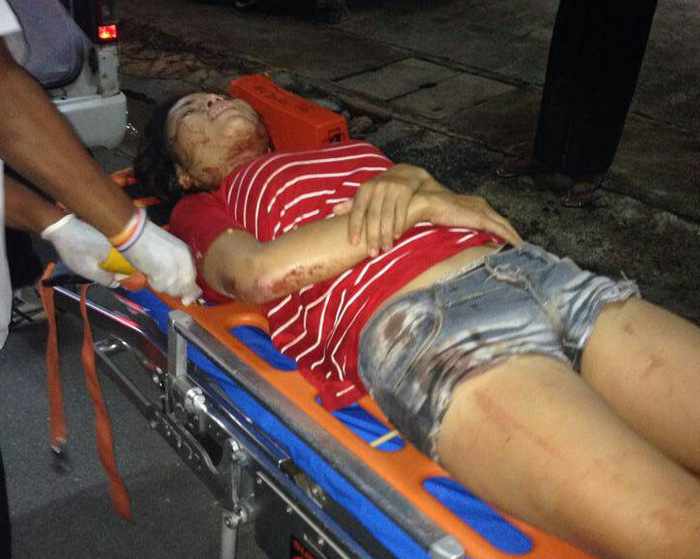 PHUKET: Police are searching for the boyfriend of a woman who was repeatedly slashed and beaten in Thalang yesterday.

Amporn Parawech, 23, suffered a deep cut in the neck and had multiple cuts and bruises on her back when she arrived at a shop near her house pleading for help, said Lt Col Sanit Nookong of Thalang Police.

Rescue workers stopped the bleeding and took her to Thalang Hospital as police mounted a hunt for her boyfriend, named by officers only as “Jao”.

“The shopkeeper said she had come to the shop at noon to buy beer to drink with her boyfriend,” said Col Sanit.

“At about 10pm she returned to the shop pleading for help. She was bleeding and frightened, and looked for a place to hide in the shop until we arrived.”

Police have yet to question Ms Amporn.