PHETCHABURI: A pensioner died on stage after choking on a clump of noodles while participating in a pad thai eating contest.

Until his collapse, sixty-six-year-old Hing Laichan was leading the competition on his second plate of the famous fried noodle dish, nationalistically named by prime minister Field Marshal Plaek Pibulsonggram during the World War II era.

Onlookers took Mr Hing down from the stage and rushed him to hospital, but doctors were unable to save him. An autopsy found noodles stuck in his throat.

The competition was part of a Phetchaburi Provincial Administration Organization fair held in Tha Yang District on January 15.

Mr Hing’s wife, Uraiwan Iamla-ong, said her husband was in very good health. She that when Mr Hing said he was going to the fair in search of prizes, she never thought he would end up dying in a pad thai eating contest.

Phayao Laichan, the victim’s daughter, said that witnesses told her her father was just about to win the contest when he keeled over.

He must have not chewed properly before swallowing, causing the food to stick in his throat, Mrs Phayao speculated.

She hopes her father’s death will serve as a warning to other agencies planning to hold similar competitions, she said.

The family said they are treating the death as an accident and do not intend to take legal action against the event organizers.

Brown nectar of the gods 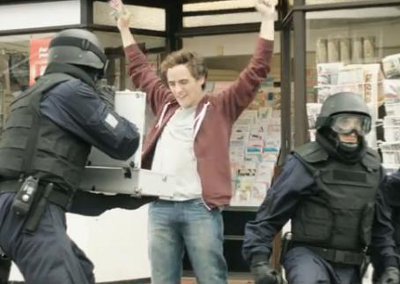 Where did he stash the cash?