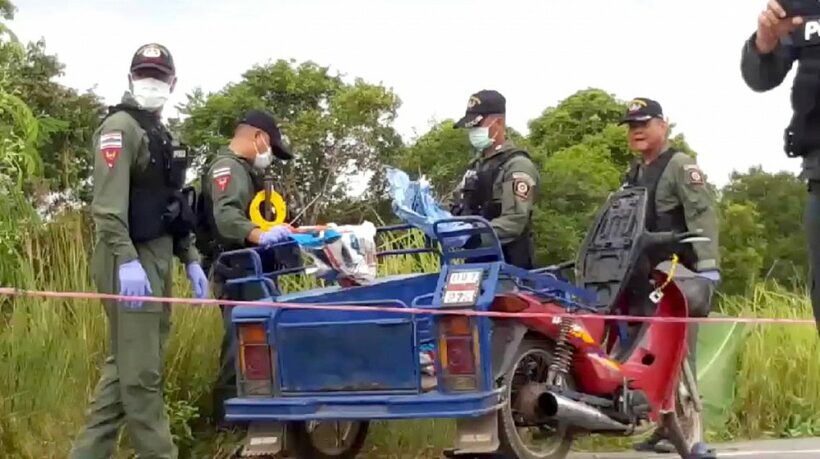 Masore Dueha was travelling with is wife in the ‘saleng’ on a main road in Klang Thung Na village in Kolor Tanning, Nong Chik district, Pattani.

The man was shot three times in his chest and died at the Yarang district hospital.
His wife, Wilailak Yingcharoen, suffered bruises when she fell from the motorcycle holding the sidecar after the shooting.
According to The Nation, she told police that the couple were riding home when two men on a motorcycle overtook them and the pillion rider opened fire at Masore before the attackers fled the scene.
Police suspect that the shooting was motivated by personal conflict or was an act of insurgency.

Ranong: Nine Pakistanis arrested for overstay on their way to Ranong