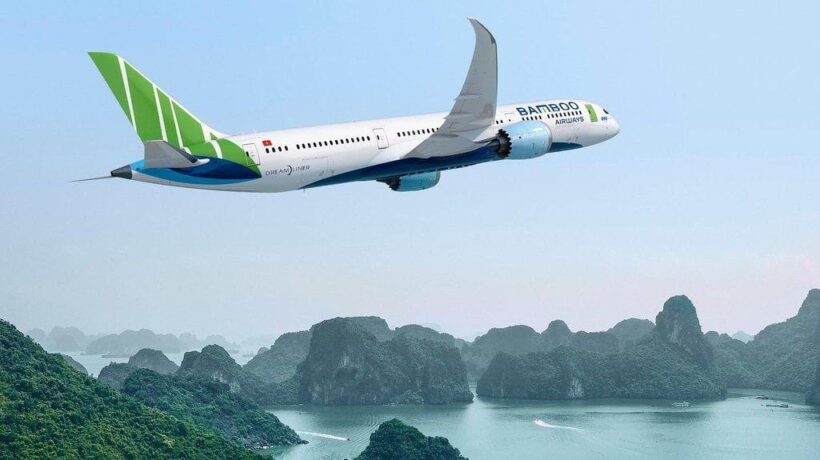 The local airline business in Vietnam is hotting up with Bamboo Airlines poised to take to the skies.

The new airline says it intends to fly its first domestic service on December 29.

The first flight will depart Hanoi for the resort town of Quy Nhon where the airline’s parent company operates a hotel.

ttrweekly.com is reporting that Vietnam’s fifth airline is finalising launch details just days after AirAsia confirmed it is entering a joint venture to start an airline in Vietnam. That would give Vietnam six airlines and increase pressure on the country’s successful low-cost airline Vietjet.

Bamboo Airways will launch at a time when tourism is growing by more than 20% and airlines are enjoying double-digit growth in passenger traffic.

It is understood the start-up airline has now obtained an air operator’s certificate opening the way for the planned December 29 launch and in time to cash in on peak season traffic January and February.

Established in 2017 with a charter capital of US$30.8 million, Bamboo Airways will make Quy Nhon’s Phu Cat Airport its home base.

According to earlier news reports the airline plans to have a fleet of 30 planes and has signed a MoU with Airbus for 24 A321s and has an order on the books for 20 Boeing 787 Dreamliner aircraft, worth USD 8.6 billion at list prices, scheduled for delivery from April 2020.

AirAsia operates 141 return flights weekly on 13 routes – including six unique routes – connecting Hanoi, Ho Chi Minh City, Danang, Nha Trang and Phu Quoc with Kuala Lumpur, Penang and Johor Bharu in Malaysia, Bangkok and Chiang Mai in Thailand and Manila in the Philippines and has carried 12 million passengers to and from Vietnam since entering the market in 2005.

Vietnam received 14.12 million foreigners in the first 11 months of the year, up 21.3% year-on-year and exceeding last year’s 12.9 million, according to the General Statistics Office.