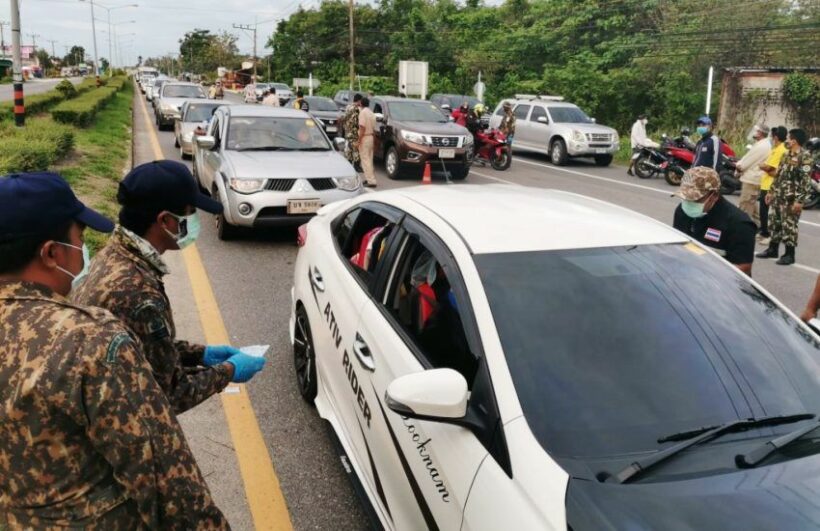 Following concerns raised in a number of destination provinces, the Interior Ministry has moved to reassure people that everyone leaving the island of Phuket to head home to the provinces has been screened for the Covid-19 virus.

The Bangkok Post reports that a number of citizens elsewhere in the country became concerned when seeing footage of heavy traffic and long queues at the Tha Chatchai checkpoint over the weekend, but the permanent secretary for the Interior reassures them that there is nothing to fear.

“They have been instructed to carry their medical certificate with them on their journeys.”

He says 3,600 people left Phuket yesterday, 70% of whom were headed to 11 southern provinces and the remainder to other parts of the country. Others are still caught in the tambon lock-down as they live in sub-districts that are yet to re-open.

“All of them want to leave Phuket but not everyone has been able to do so as three out of the 17 sub-districts have yet to grant permission to leave.”

It’s understood that at least 50,000 Phuket residents have informed officials that they are now unemployed and requesting permission to leave the island and return to their provinces.

Chatchai points out that unless there is no other option, an announcement in the Royal Gazette still urges people not to travel if at all possible. Exceptions are being made for events such as funerals, but those making the journey will need special permission and proof they are authorised to do so.

Phuket remains a “red zone” province, with 220 confirmed cases to date and 2 deaths. There have been no new cases reported today.