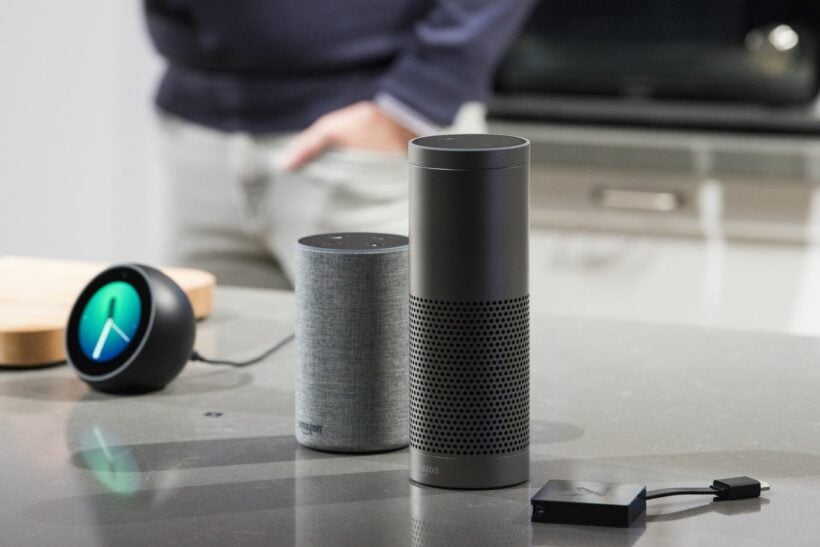 Voice recognition personal assistants are all the rage at the moment, sometimes with hilarious results. Alexa is a offering from Amzon and might be having the last laugh. (By the way Amazon’s CEO Jeff Bezos was found to be the world’s richest man in a Bloomberg article today).

Anyway, Amazon is promising to keep virtual assistant Alexa from spontaneously cackling, giving people eerie feelings about what the artificial intelligence might be plotting.

Users of smart speakers with Alexa assistant software have comically expressed their fears in recent weeks on Twitter, even posting video snippets of speakers infused with the software laughing menacingly for no apparent reason.

“If Alexa is laughing at you to your face, just imagine what it says about you behind your back,” read a quip posted at Twitter by @mattblaze. Darker posts wondered playfully whether fears about artificial intelligence turning on humans were coming real.

Amazon says they’re looking into what was going on and found that sometimes Alexa mistakenly registers the phrase “Alexa laugh” and obeys.

“We are changing that phrase to be ‘Alexa, can you laugh?’ which is less likely to have false positives,” an Amazon spokespersonsaid.

And, Alexa is being modified to say “Sure, I can laugh,” before cackling. Streaming television titan Netflix took the opportunity to spotlight a Black Mirror dystopian series known for twisted, unanticipated consequences of new technologies.

“Just brainstorming some @blackmirror titles while Alexa laughs maniacally in the distance,” read an @netflix tweet.

The tweet included a picture of a multi-story, modern book shop overlaid with “The Bookstore That Enslaved Humanity.”

Amazon began as an online book seller. One video of a cackling Alexa posted at Twitter on February 23 had logged more than a million views.

Launched in 2014 by Amazon, the Alexa digital assistant has spread from the company’s Echo voice-commanded speakers to millions of devices, even cars. Alexa competes in the digital assistant market with offerings from tech titans including Apple, Google, and Microsoft.