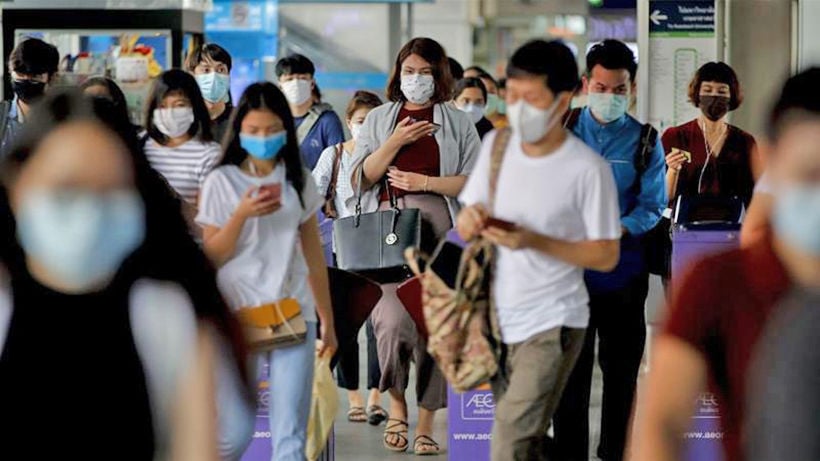 A spokesman for the Thailand Covid-19 Coronavirus Situation Centre announced a total of 32 new cases of Covid-19 at this morning’s daily press briefing, down from yesterday’s 33, bringing the national total to 2765 since the start of the outbreak in January. No new deaths were reported, and the toll remains steady at 47.

The spokesman told reporters that an additional 141 people have recovered from the disease, bringing the total number of recovered patients to 1,928, or nearly 70%. 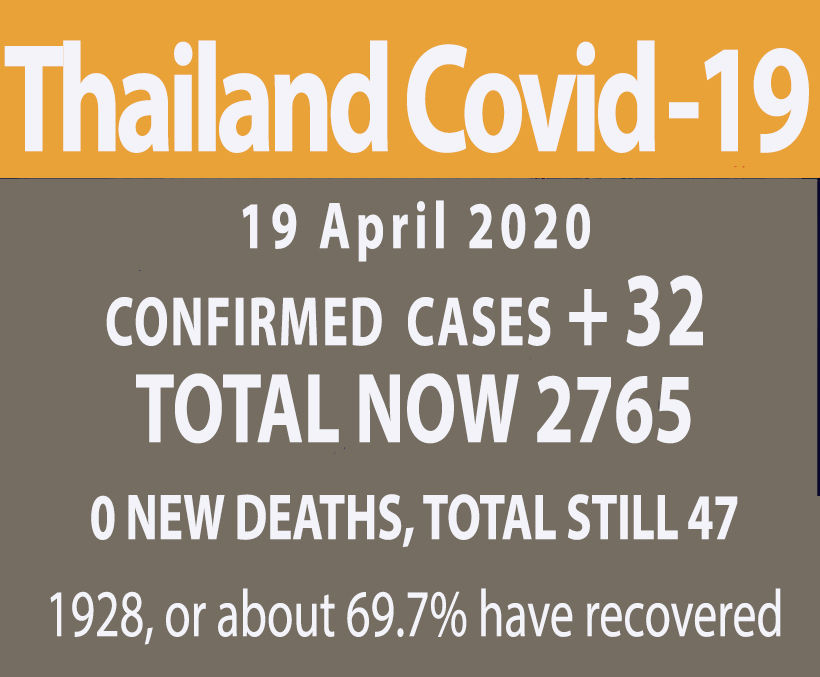 For the second day in a row and the third in a week, no new infections were reported in the island resort of Phuket. The number of confirmed infections in the province stands at 192, of whom 126 have recovered and been discharged, leaving 65 still under treatment. One of the infected had earlier died from injuries sustained in a motorcycle accident.

Another day without new infections is encouraging as Phuket is second only to Bangkok in terms of total numbers of infections in the country. People are still instructed to continue to practice social distancing, wear a face mask, refrain from non-essential activities and stay at home.