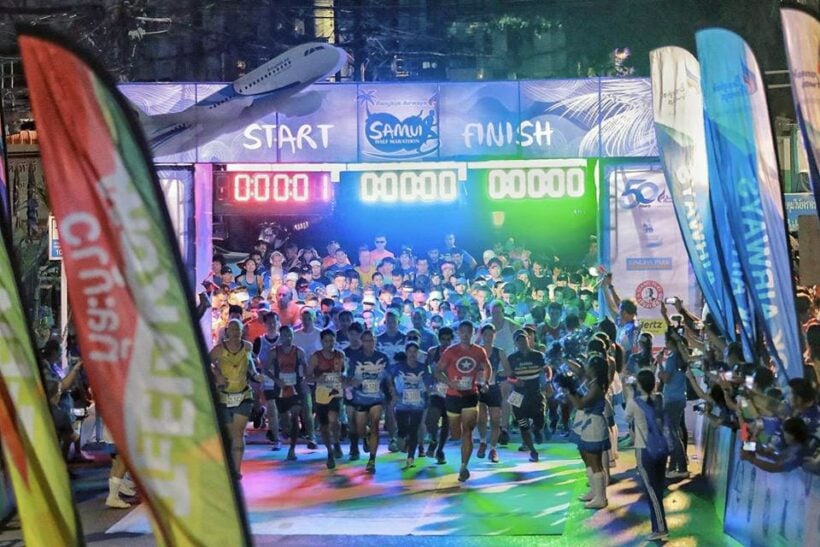 It’s that marathon time of the year. A little cooler and sometimes a bit of precipitation to keep runners cool as well. But not for the Samui event held yesterday.

Attended by thousands of running enthusiasts from Thailand and overseas, the opening ceremony was presided over by Poonsak Soponprathumarak, Senior Deputy District Chief of Koh Samui.

The Bangkok Airways Samui Half Marathon was the third event out of seven planned programs for the Bangkok Airways Boutique Series 2018. The main purpose of this event is to promote Samui tourism and to ensure that participants recognise the importance of healthy lifestyle.

Moreover, Bangkok Airways has joined held with Teelakaw Company Limited in organising this unique running event as Teelakaw is the real expert in this field.

For this race, the airline, Teelakaw and participating runners managed to donate 50 pairs of running shoes to the students of Wat Jang School and Ban Angthong School. Further donations can be further made via www.teelakow.com 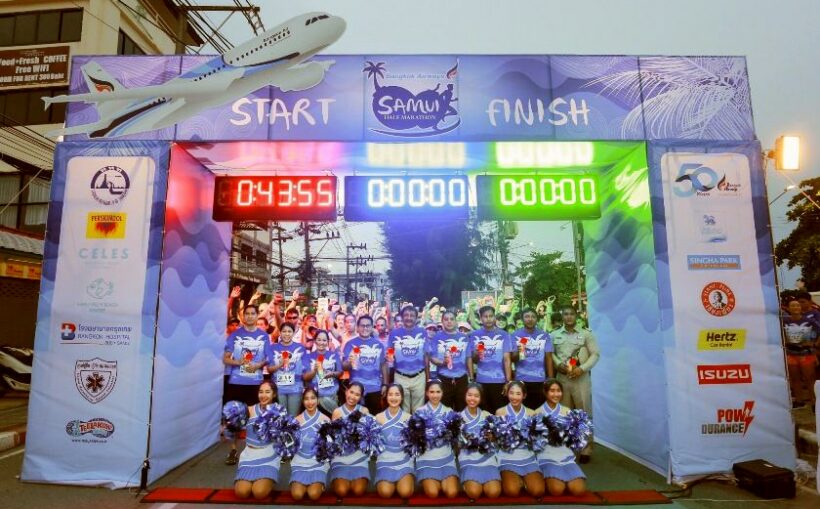