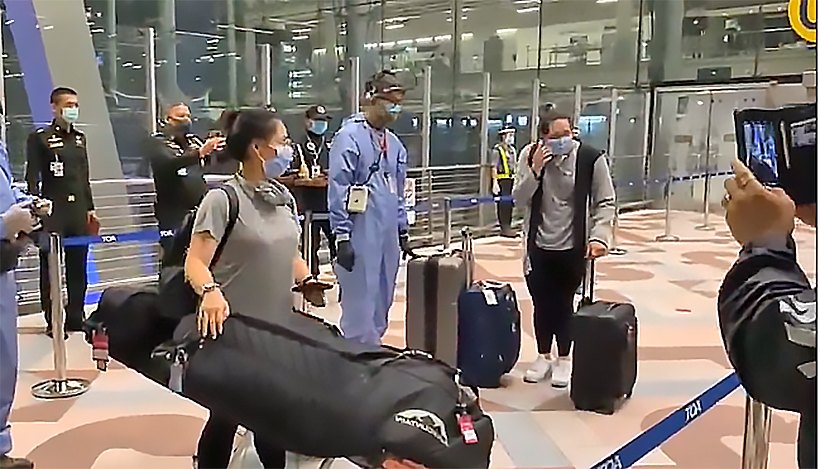 4 of Thailand’s most successful international golf champions, including Ariya Jutanugarn, her sister Moriya and Kiradech Aphibarnrat arrived home last night after weeks trapped in the US. They now face 14 days of mandatory quarantine. They had spent almost two months in the US.

The number of infections in the US is growing at an alarming rate and the 3 stars, along with fellow Thai player Wichanee Michai, all normally based in the US state of Florida, posted on social media that they wanted to come home.

Boon Rawd Brewery owner Santi Bhirombhakdi even offered to fly them back in a private jet, but the golfers had to remain in the US for more than a week due to the Thai government’s ban on international flights because of Covid-19 concerns.

Ultimately, the 4 golfers along with 131 students of American Field Service, an international youth exchange organisation, were  able to return to Thailand last night. 6 of the AFS students were found with a temperature higher than the normal 37.5ºC, were sent to Bangkok hospitals for further observation. The 125 other students were taken to Bangkok’s Ramada Hotelfor a 14 day quarantine.