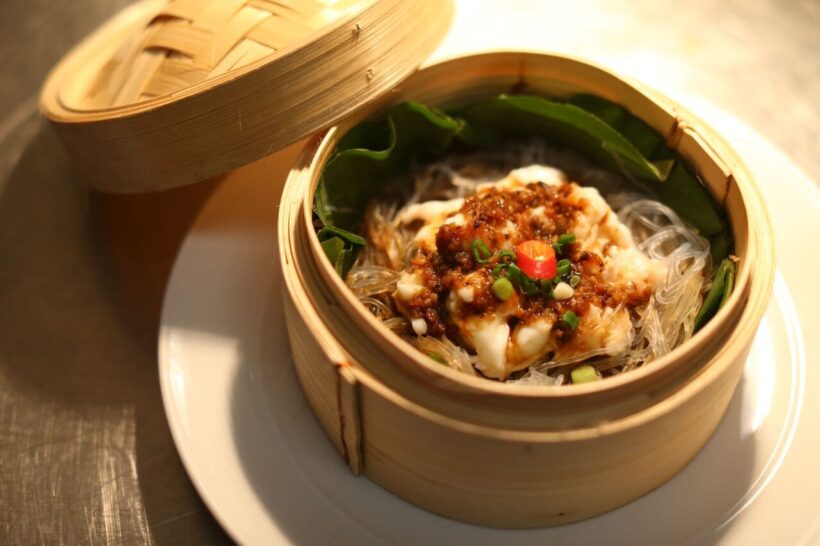 Following the recent launch of the first-ever edition of the MICHELIN Guide Bangkok, that has generated a lively buzz around town and has put Michelin-starred Bangkok restaurants in the global spotlight, Michelin has now started to promote the ‘Bib Gourmand’ distinction and make it widely known among food aficionados and others in Thailand.

The Bib Gourmand list highlights more affordable restaurant options than those typically recognized with the Michelin Star. Michelin Star and Bib Gourmand distinctions, however, will together help boost the reputation of Bangkok as the city of amazing cuisine in all types and price ranges. 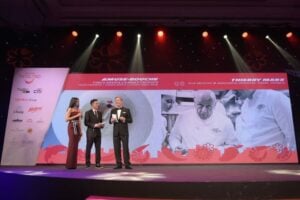 Dating back to 1954, the MICHELIN Guide took the first step to indicate restaurants serving “good cuisine at a reasonable price,” reinforcing its commitment to quality for everyone. This recognition had gained high popularity, and later became the ‘Bib Gourmand’ distinction presented annually since 1997.

The symbol of Bib Gourmand, featuring the famed ‘Bibendum’ or ‘Michelin Man’ licking his lips, serves as a label for an authentic cuisine carefully prepared and inexpensively priced.

The maximum price point that identifies affordability is determined by local economic standards. In the case of Bangkok, the Bib Gourmand recognizes eateries that offer quality cuisine at a maximum price of 1,000 baht (the price is for a three-course meal: starter, main course, and dessert – exclusive of beverage). 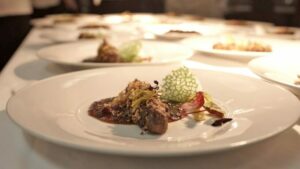 Segsarn Trai-Ukos, Country Director of Michelin Siam Co. Ltd., says, “the Bib Gourmand plays a role as significant as the Michelin Star, in promoting Bangkok as the city of diverse and dynamic culinary scene with fine-dining restaurants, casual eateries, and moderately-priced street food establishments. The Bib Gourmand not only offers local and foreign food enthusiasts to experience a Michelin-rated restaurant at an affordable, value-for-money price; but also serves as a testament that a high-quality, delicious meal is not always expensive.”

In the debut edition of 2018 MICHELIN Guide Bangkok, there are 35 restaurants taking the spotlight as Bib Gourmand honorees. Among them, 18 are street food establishments – like Polo Fried Chicken (Soi Polo), a restaurant that has operated for 50 years and is famous for its garlic fried chicken with perfectly crispy skin on the outside and flavorful tender meat on the inside; Jok Prince, a famous food stall hidden in a narrow alley offering smooth and savory rice porridge with a smoky aroma, topped with either a raw egg or a century egg; and Yentafo Convent, a stall serving pink noodle soup, made with tomatoes and sweet potatoes, for more than 40 years. 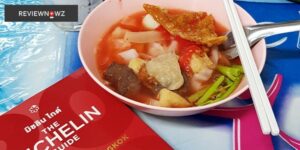 The remaining 17 are restaurants such as Baan, where the husbandry and provenance of the ingredients is paramount: beef used in the Massaman curry is from an Islamic farm in Pak Chong, and sustainable seafood is sourced from southern Thailand; and The Local, an authentic Thai restaurant in a colonial-style building where dishes are crafted from secret family recipes and represent all regions of Thailand.

Yuthasak Supasorn, Governor of the Tourism Authority of Thailand, stated: “In the first edition of MICHELIN Guide Bangkok, the number of Bib Gourmand restaurants doubles the number of Michelin-starred restaurants. In addition, around half of the Bib Gourmand honorees are street food establishments. This signifies the charms of Bangkok as the city of good value and reasonably priced restaurants, as well as a top destination for street food.

“The Bib Gourmand basically provides an opportunity for small but excellent eateries to earn recognition and fame – thus encouraging the enhancement of culinary excellence for Thailand and the growth of local economy. Both distinctions, Bib Gourmand and Michelin Star, will serve as a magnet drawing tourists and food enthusiasts from around the world to experience the remarkable diversity of Bangkok’s dining scene themselves.”

View the full selection of the MICHELIN Guide Bangkok 2018, in English and Thai HERE. 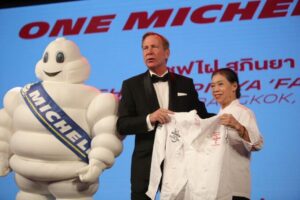 Bangsaray. Idyllic beaches, tropical retreat. But where is it?