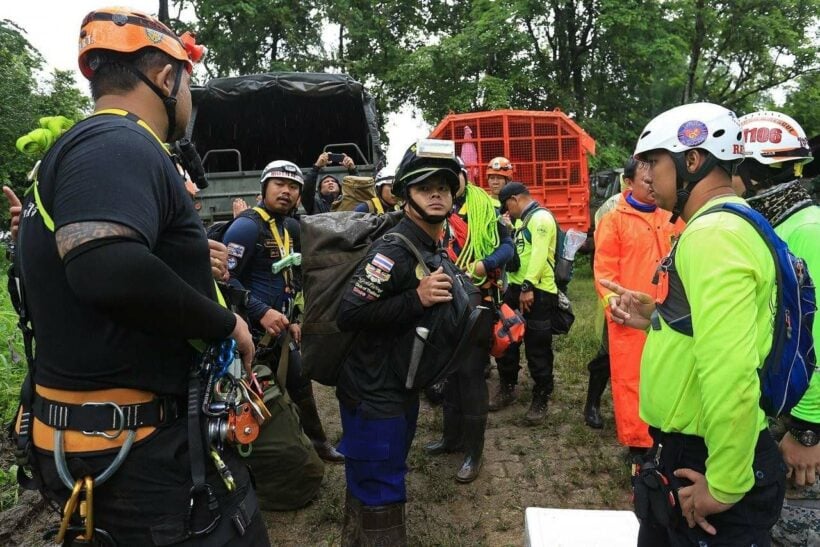 The Thai Interior Minister General Anupong Paojinda has told reporters at Government House in Bangkok that the King shares the public’s concern for the missing party.

His Majesty the King has instructed officials to ensure that the crowd gathered outside a Chiang Rai cave does not impede the continuing search for 12 youngsters and their football coach lost inside since Saturday.

People flocking to the cave in hope of offering assistance have caused confusion at times, Anupong said, but the scene was expected to be more orderly on Wednesday. Anyone not officially involved in the search would be barred from the cave interior.

He said he believed the 13 missing were safe.

Anupong said two search-and-rescue teams were continuing their work, one trekking the mountain atop the cave looking for alternative access points, the other diving through flooded sections of the cave.

Persistent rainfall was proving to be a major obstacle, he said.

Nakhon Phanom: Up in smoke