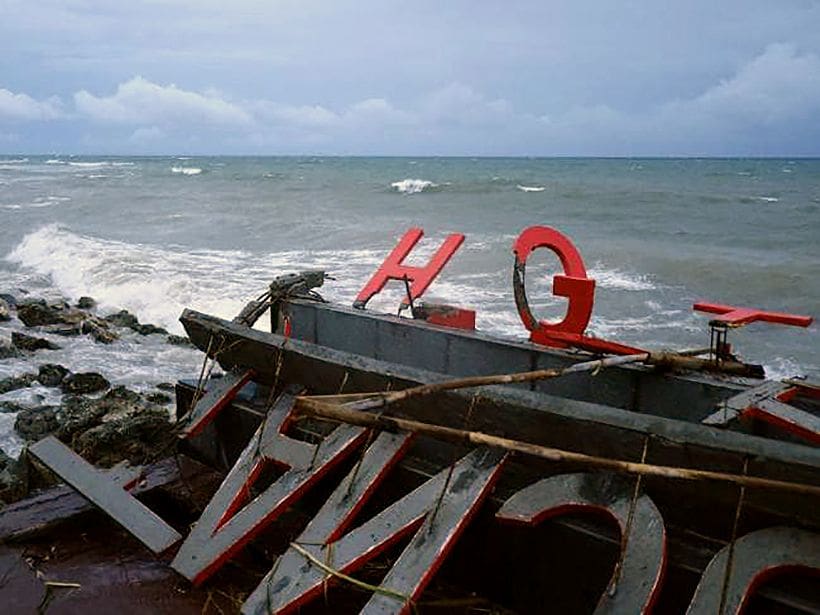 A young boy has been pulled from rubble as experts warn that another tsunami could strike Indonesia at any time.

The warning comes two days after 280 people were killed and more than 1,000 people injured by a wave triggered after a volcanic eruption. The death toll is expected to rise today as searchers reach more remote areas.

Richard Teeuw from the University of Portsmouth in England says the risk of another tsunami is greater given the current activity around Anak Krakatoa volcano (the remnants of the old Krakatoa volcano that exploded in a violent eruption back in 1883).

“The likelihood of further tsunamis in the Sunda Strait will remain high while Anak Krakatoa volcano is going through its current active phase of activity because that might trigger further submarine landslides,” Teeuw said.

Jacques-Marie Bardintzeff at the University of Paris-South also warned that “we must be wary now that the volcano has been destabilised”.

The comments come as a 5.0 magnitude earthquake rocked Indonesia less than 24 hours after the tsunami hit the coastal areas around the Sunda Strait.

The quake struck 23 kilometres off Tiku, at a depth of 97.1 kilometres, according to data from the US Geological Survey. Tiku is located northwest of Indonesia’s Sunda Strait, where the tsunami struck.

People were seen running in fear from the tsunami waves according to Indonesia media. Waves were reported to only be around 1 metre high but were amplified by the high tide associated with the full moon. Many of the hotels and buildings destroyed were also constructed right up to the shoreline.

The country’s climatology agency believes an underwater eruption of the Mount Anak Krakatau volcano could have caused the tsunami.