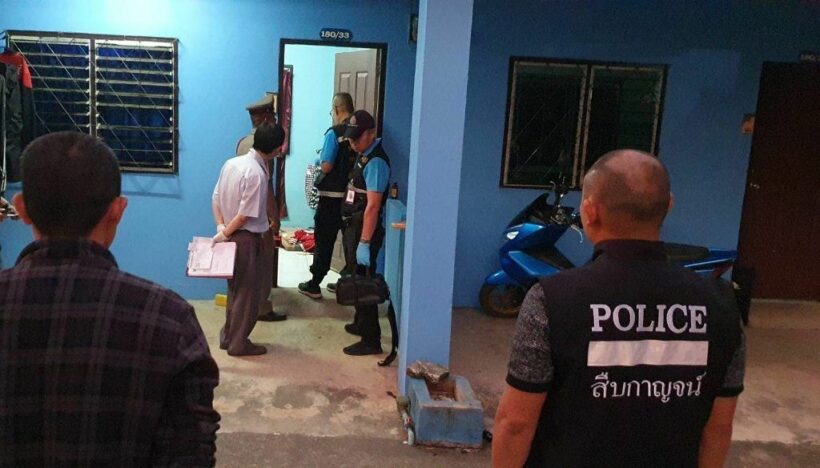 A 17 year old boy is dead after he was accidentally shot by a friend with a homemade hand gun in the western province of Kanchanaburi. His teenage friend was showing off the gun to a group of friends early Wednesday morning.

Police say the shooting was reported about 4:20am and occurred in a rented room in Kanchanaburi. Police and a doctor rushed to the scene and found 17 year old Tarin Pinroj dead on the floor in a pool of blood. He had been shot in the left cheek and the bullet went straight through his head.

18 year old Nathapas Kumkrong told police he was playing video games in the room with Tarin when they were joined by four other boys, who arrived on two motorcycles, according to Thai media.

One of the newcomers brought out a homemade gun and was showing it off. The gun went off and the round hit Tarin in the face. The four other boys fled on their motorcycles

Police Chief say the parents of the boy with the gun were asked bring their son to the police station. The 17 year old, whose name was not given, surrendered to police at 6:45am. He admitted to firing the fatal shot and said it was an accident. He says he threw the gun into the water under a bridge near a local temple.

This is the second fatal incident in a week involving a makeshift gun.