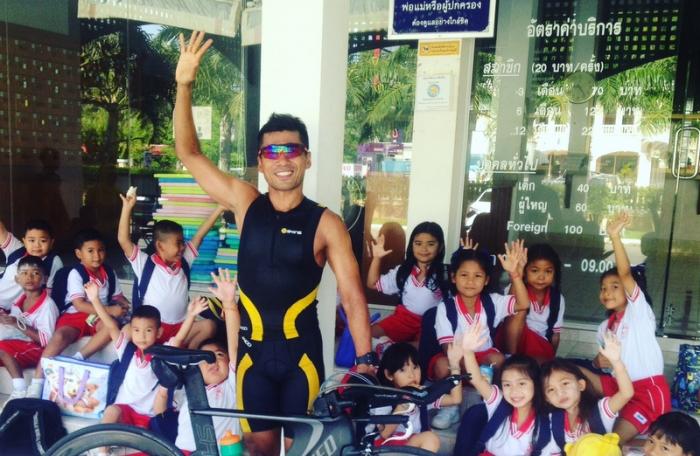 PHUKET: If we mentioned the terms ‘Ironman’ or ‘triathlon’ 10 years ago, not many people on the island would have known what it meant, or paid much attention. These days, however, when a sporting trend becomes popular, the number of interested athletes on the island increases rapidly.

Dominating the top of the triathlete rankings since 2011 is Thai athlete, Jaray Jearanai.

Mr Jaray, now 35, was born and raised in Phuket. Way back in 2001, he began cycling and running with his neighbors as a hobby, as well as to help him stay fit. Inspiration struck him in 2005 while he was working at the Laguna shopping center; there to cheer for a friend who was competing in the Laguna Phuket Triathlon, he decided this was something he wanted to try out for himself.

The first thing he did was learn how to swim, and thus began his arduous training, inching him further towards triathlon glory. “Ranking was not important to me – I just wanted to run through the finish line and receive a finisher medal,” he said, when asked about the 2006 Laguna Phuket Triathlon, the first one he ever participated in.

From 2006 to 2010, Mr Jaray practiced by himself and with friends. It was at the end of 2010 that he met eight-time Ironman Champion Jurgen Zack, a triathlon head coach at Thanyapura at the time. 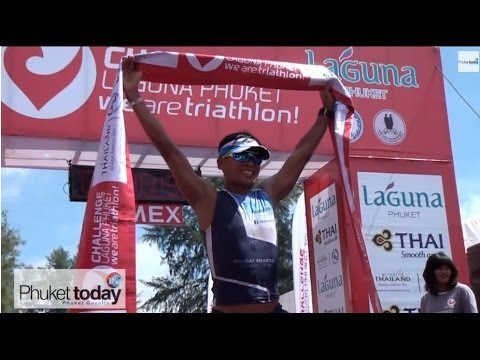 “I told Mr Zack that I loved triathlons and had been doing them for six years, but wanted to improve my skills and accomplish more,” said Mr Jaray.

Luckily for him, Mr Zack agreed. After practicing for a year with his new coach, Mr Jaray was ranked the strongest triathlete in the country. He took part in several triathlon events, both locally as well as in other parts of Southeast Asia. In 2011, the first year he won the Laguna Phuket Triathlon as well as the Ironman 70.3 Laguna Phuket, he also qualified for the biggest triathlon events in the world – the Half Ironman Las Vegas World Championship, as well as the Full Ironman Hawaii World Championship, both of which he competed in that year.

“At the world championship, 1,800 of the best triathletes were chosen from 30,000 registrants around the world. I’m thankful that I got this opportunity to represent Thailand and Phuket, and proudly waved the Thai flag when I crossed the finish line,” he said.

Today, cycling and triathlon are very popular and Mr Jaray is happy that more and more people are moving towards working out and exercising to stay healthy. He now coaches students and wants to help aspiring future athletes represent Thailand at these competitions.

Mr Jaray is currently training for the Hua Hin International Triathlon, an event he is particularly proud of for two reasons; firstly, because it is Her Majesty Queen Sirikit’s event, and secondly because it was the first triathlon in which he secured first place overall.

Following are some of Mr Jaray’s personal records and achievements:

On Deck: Lessons from the Top of the Gulf Regatta