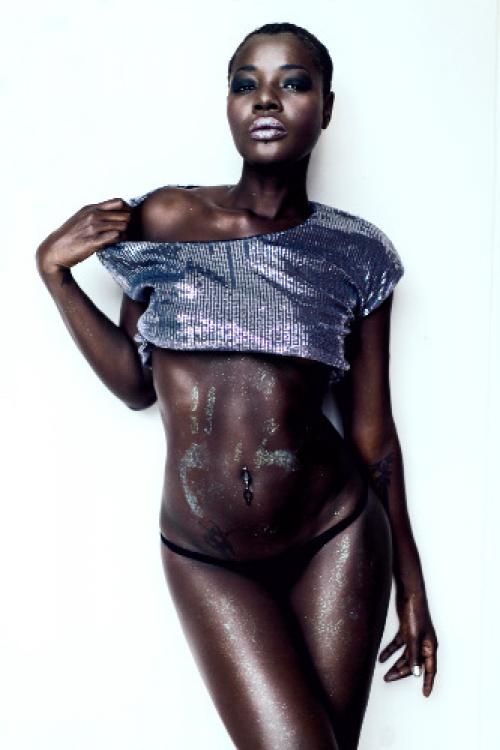 PHUKET: Hailing from another tropical paradise on the opposite side of the globe, Jamaican-born Tracy Dawkins is no stranger to island life. She has achieved some fame in Phuket as a model, actress and erstwhile PR and marketing executive and now calls the island home. In an exclusive interview, we spoke with Tracy about island life, competing to be Miss Jamaica and the difficulties of doing photo-shoots with tigers, elephants and snakes.

So Tracy, how long have you been in Phuket and how did you end up here?

Well, as of the 26th of this month, I will have been in Phuket for three years. I ended up here because of friends who had been trying to get me over here for years and I was like, ‘no way I’m going to Thailand, it’s that tsunami place…. I’m afraid!’. So, eventually I ended up booking a ticket to come here for three months and voilà… three years later I’m still here, loving it, and don’t have any fear of anything!


Tracy in action at the SKAL fundraiser at Zazada beach Club. Video: PGTV

When did you begin your modeling career?

I started modeling when I was 15, when I entered a pageant in Jamaica and I was actually eliminated because I was too young – you had to be seventeen or over, but I thought I could trick them with my height. A few years after that, I did a bikini pageant and came in second in that one and then I did a few more and eventually ended up as a finalist in Miss Jamaica World when I was 17.

Did entering Miss Jamaica World help open doors for you to pursue a modeling career?

It did – a lot of people stereotype girls who enter beauty pageants and they think it’s silly, but if you’re smart enough you can seize the opportunity and reach a lot of places. I ended up hosting my own radio show, and later my own TV show. After that, I ended up going to a pageant in Saint Martin (a Caribbean island). I didn’t win the pageant, but the people I met there really helped me and eventually I ended up representing Jamaica at the Miss Caribbean Queen beauty pageant. Between the radio show, the TV show and modeling, I can’t complain, it really opened a lot of doors.

So what are some of the modeling jobs you have done here in Phuket and how do you get them?

I’m a freelance model, so I don’t have an agent, but I’ve been lucky with getting a lot of jobs here. I’ve done a lot of music videos, fashion shows, especially for the Katalina Collection – a local swimwear designer – and I’ve been in a few movies as an extra. I’ve also done a few commercial shoots for international brands like Fuji cameras and Guinness beer.

Phuket is a smaller market, so you are generally best to represent yourself, then you can take whatever jobs you want and you’re not tied to an agency. Because of that, you also have to do a lot of self promotion and social media is also very useful. I do a lot of photo-shoots and put the pictures up on my Facebook page “Teeze Unstoppable”. I’ve got almost 7,000 likes, so people see my photos and call me for jobs.

Do you find being from the Caribbean you are often the odd one out in the local modeling scene?

Yes, but it has its advantages and disadvantages. In Thailand for example, they often feature the “white skin, blue eyes” look, as that is the popular ideal of beauty here. So if you need a black girl, that’s where I fit in! I could probably get more work if I was based in Bangkok, but I’m based here in Phuket because I love it here and also because of my other day job in PR and marketing for a hotel chain.

What are some of the most interesting or difficult photo-shoots you’ve done here?

I’ve done an elephant shoot, a tiger shoot and a snake shoot, so you could really only do that in Thailand! Animals are unpredictable, you can say they’re tame, but you never know when they are going to get angry or strike, or look at you and say ‘hmm… she looks yummy’ but that’s the job so somebody has to do it!

What’s it like behind the scenes when you are doing a show or a photo-shoot, is it anything like we’re led to believe from the modeling reality TV shows?

As I said, Phuket is really small, so you end up with the same girls most of the time, so we’re like the Phuket model family. We all bond and it’s really cool – it’s not catty at all, like people think it is, with girls bitching about each other and that sort of thing.

So what else do you get up to in your spare time?

I love to travel as much as I can and learn about other cultures and taste different cuisines. I also do some charity work, I did some work for special needs kids at a school in Phuket Town and also at an old age home there. I’m also a regular blood donor at the Red Cross and I was part of a volunteer program that encouraged foreigners to donate blood, as they are often short of certain blood types more common in foreigners than Thais.

Woolf in shepherd’s clothing: Renowned clairvoyant stops in Phuket for a “look’