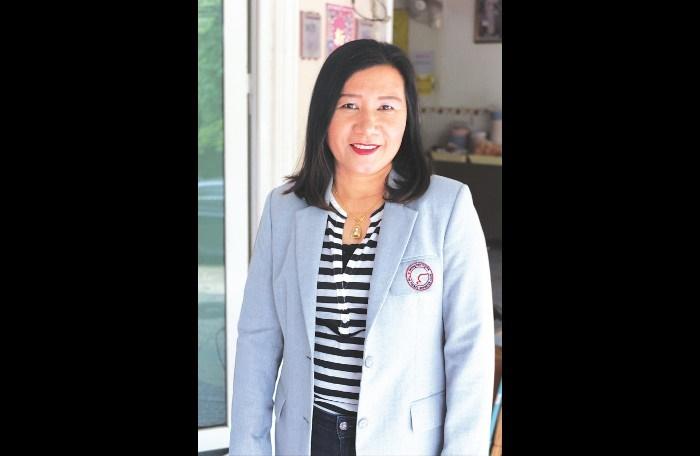 PHUKET: Janjira Sittabutr, originally from Songkhla, is the president of the Phuket Reporter Club. She has been working at Manager Newspaper for more than 20 years. She’s written many articles about Phuket, especially in-depth and developing stories during and after the 2004 tsunami.

“I never expected to end up being a reporter. But it’s been so long that it feels like this is what my life is about now,” says Ms Janjira.

“I never saw the benefits of the profession until I got involved in it. I started loving it when I realized that my job contributes a lot to society. Reporters, and the media in general, are the mirrors of society, and this is one career where you never stop learning.”

She graduated from Ramkhamhaeng University in 1992 with a Bachelor’s degree in Finance and Banking. She then started her first job at Manager Newspaper in Bangkok.

“My degree was completely unrelated to my professional life. I worked as a secretary for the regional news editor for a few years,” says Ms Janjira.

“I was not a reporter, but sometimes I got the opportunity to go out into the field with other reporters. That is when I started to love the news. When the company opened up a new office at Khon Kaen, I was offered the opportunity to work as a reporter and I grabbed it.”

Ms Janjira started off reporting business, finance and investment related news about the stock market in Thailand and Laos. “I really loved this part of my job. I got the opportunity to visit Laos quite frequently and I learned a lot in the process,” Ms Janjira says.

After working there for about two years, Ms Janjira moved to Hat Yai, and a few months later, to Phuket. “In Phuket, I was given the responsibility to cover a much broader range of news, as there were very few reporters here at the time,” she added.

Ms Janjira says she is very proud of her journalistic work during the tsunami. “During a disaster like this, not many people want to risk their life to get the news. I was here in Phuket at the time, and was determined to get the news to everyone,” Ms Janjira said.

“People from around the world wanted to know what was happening in Phuket during and after the tsunami. If we didn’t have reporters, how would people get that news?” she asks.

During the tsunami, Ms Janjira realized just how valuable her job was to society. She then dedicated her life to working on tsunami-related stories. “I went to the scene with the team, without thinking about whether or not it would strike again,” she says.

She could feel the pain and sense of loss during the tsunami, seeing what exactly happened to people in the area.

“I did numerous stories about the tsunami, but my job did not end when the tsunami did. I kept updating stories about the effects on people’s lives, as well as restoration projects by the government. I kept at it until Phuket was once again restored to its original stage. It took about a year, but we got there,” she says.

Ms Janjira feels that being a reporter is not just about yourself, but about helping society to take notice of problems that have been ignored in the past.

“We even help to solve seemingly unsolvable problems. When journalists and media spread the news, it nudges relevant officials to take faster action due to the pressure from the public. We work as middlemen in a sense, taking the message from the public to the government, and vice versa. I’m proud of my career, as it contributes to society,” she says.

“We are the representatives of society and what we report will affect many people, so we must stick to the facts, and prevent any form of bias and stereotypes from creeping into the story. These are the qualities that a responsible reporter must have. It’s a continuous learning process,” Mr Janjira says.

“Not only are reporters always abreast with the situation in the country, they also get to meet new people and experience new things. It’s a very interesting and important job and I am privileged to be a part of it.”