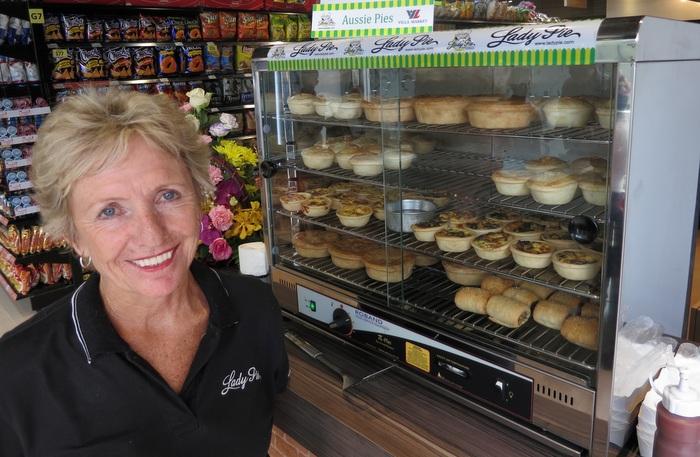 PHUKET: The Aussie meat pie has an almost iconic status within the Pantheon of Australian idiosyncrasies, right up there with kangaroos (flying and earthbound) and Pom-bashing.

How endearingly quirky it is then to find the quotidian Aussie meat pie well established here in Phuket, acting as an exotic taste of distant parts for some, while for others providing a comforting echo of home.

The creator of this unique link between pie and Thai is none other than vivacious Susan Usher, Lady Pie herself.

How did this strange alignment of pie in the Siamese sky arise?

In many ways it all happened as a matter of sheer chance, she says. “I grew up on the border between New South Wales and Victoria, where my father worked on the famous Snowie Mountain hydro development in the 1950s. Pies were a standard part of the workers diets and I witnessed how seminal a role they played in the Aussie working man’s life from a young age.

Like so many other Aussies, my husband Harry and I fulfilled a dream by taking off to discover the world from the deck of a sailing boat. When we sailed into Phuket we immediately appreciated its laid-back charms, and so decided to put up here for a while.

We used to hang out at the Chalong Yacht Club and I started making Aussie meat pies for the boys there, which led to pie and beer nights. The pies seemed to gain a sort of fame among the ‘grottie-yachtie’ crowd, largely by word of mouth, and I started getting more and more requests for them, particularly for events like the Melbourne Cup, or the Aussie Rules Grand Final. I thought, why not give pie-making a real go, and so 12 years ago, in early 2004, I started producing and selling the pies commercially.”

Susan’s initial foray was dashed asunder by the 2004 tsunami, but she girded her loins and re-opened a new shop and eventually her pie factory in Cherng Talay in December 2005, and from there has built Thailand’s premier pie empire.

Lady Pie’s adventures in the heady world of commercial pie production have proved to be an astounding success and her fame began to spread across Thailand and later the region.

Airline pilots based in Hong Kong and Singapore started taking consignments of pies back to base with them to be consumed after Hash House Harrier meets, or during the annual bacchanal of the Hong Rugby Sevens.

Today you will find Lady Pie’s produce in 25 Villa Markets country-wide, and comments on Trip Advisor rate her pies as ‘better than those back in Aussie’ – high praise indeed from such a discerning audience.

The pies today range from the traditional minced beef and onion variety, to chicken and veggie, sausage rolls or the famous pasty cousins that originated in England’s Cornish tin mines in the early 18th century. Not content with conquering the world of pies, Susan also produces apple crumbles, vanilla slices, quiches and even those strange, sweet, Aussie desserts known as Lamingtons.

All of Susan’s pies boast signature flaky puff-pastry tops with short crust bottoms, yet never a molecule of trans-fat, colorant, preservative, or MSG will you find despoiling the healthfulness and good taste of her produce.

At the time of writing, Susan is preparing her usual vast consignment of thousands of pies which will be heading off to the Hong Kong Rugby Sevens, and taking orders for Easter hot-crossed buns.

The Life of Pie is a happy one indeed.

[Video Report] Profile: Knight from the wrong side of the tracks

Profile: Drifting from Australia to Asia