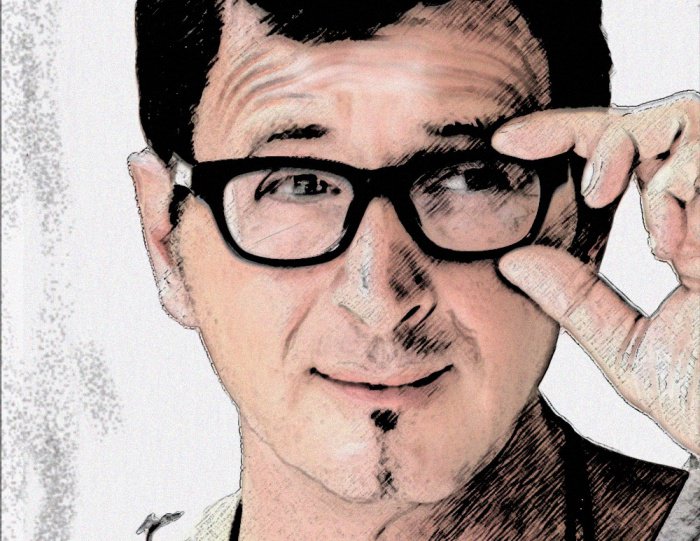 I think I may now have the answer. Silvano Stabile arrived in Phuket several years ago, and was contracted by the Twinpalms group to design and manage a radio program that would promote and set a new and higher standard of marketing for the resort’s many projects. They couldn’t have made a better choice.

Silvano has spent most of his life developing and promoting music, art and style. Born outside Naples, Italy, his family moved to France when he was quite young.

“I always wanted to play music and be near that industry. I was destined to follow my imagination. My mother bought me a guitar at 14 years old as I was determined to become a pop star. I played my own compositions in the corridors of the Metro in Paris,” he said.

He also explored the musical sounds happening around the world and learned to mix one style with another using early computer programs. This was in the early days before DJ culture surpassed live music in the club circuits. His talent for creating a stimulating musical environment led to his being named as an artistic director at Virgin Megastore on Paris’ elegant Champs-Elysees. He worked in Paris for 16 years before moving to Portugal’s trendy Algarve region where he entertained for another seven years.

He came to Phuket to visit friends a few years ago and immediately felt drawn to explore the opportunities to develop a music identity for Phuket.

“My intention is to create musical sequences that inspire emotions as I believe everyone desires to be connected to their emotional selves. Music does not speak a language or often make sense, so people are more free to connect with their feelings,” explained Silvano.

His project at Twinpalms is called Voice of the Lizard (VOTL) and it can be found on the internet. One program, SongStory, combines music and interviews with some of Phuket’s most interesting people who talk about their work or their personal histories by choosing music that has been important in their lives.

“I create programming for VOTL that is a journey through time and space, mixing south and north, old and new, very familiar and the unknown. There are many abrupt changes of atmosphere, which adds more emotion and more moods. Most programs are in English though we do have French language programs, like Striptease or the forthcoming Groove Satori, some interviews are also in Italian.”

Voice of the Lizard’s live stream features weekly programming including TGIF on Fridays from 5 to 7pm, a real-life comedy/radio music show that has more than 36,000 Facebook followers. On Sunday afternoon at 4pm, The Beach offers a chill out musical program with the coolest sounds from Africa to Brasil and from Europe through Asia.

The Twinpalms signature magazine, Bikinis and Martinis offers podcasts that reflect their stylish and sexy format. Other podcasts include Kitchen Philosophy with interviews from Phuket’s top culinary artists.

There’s a lot more. To discover what will inspire you to wear your headphones as much as you can, listen to www.voiceofthelizard.com