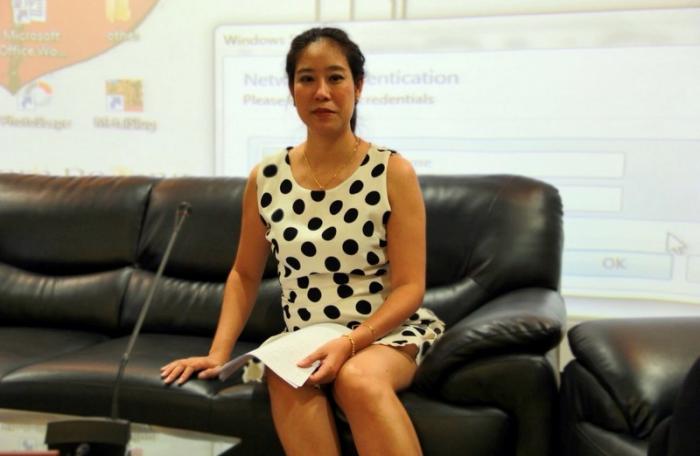 PHUKET: DR. Rataporn de Jong, 41, is head of the Thai and Asean Studies program at the Prince of Songkhla University Phuket Campus. She has been a professor of sociology, anthropology, and ethnology for more than 15 years and has also conducted several studies related to ethnicity and group culture.

Earning her doctorate degree from Heidelberg University, Germany, her thesis was focused on spiritual beliefs.

Though it seems like a very sensible position, Dr Rataporn has faced much adversity throughout her career.

“I am often asked why I chose to study what I did and what the career prospects in such a field are, as this field is not very valued by Thai people. They see no clear benefit in it, unlike applied sciences, such as medicine and information technology. However, I believe my field of expertise benefits the community and the country just like other professions,” she says.

Dr Rataporn started from scratch. She succeeded purely due to her passion and determination for what she does.

“I believe you do not necessarily have to study mathematics or natural sciences to have a successful life and career. Every discipline has its own value and can help you fulfill your goals if you are passionate, determined and have the will to succeed. You are better off doing something you love and are passionate about – some day, you will surely see the light of success shining on you.”

Dr Rataporn recalls the time she spent in Germany with bittersweet memories. On one hand, she was studying what she loved, but on the other, she was in dire financial straits.

“I studied in Germany for four and a half years. During the whole time, I rarely went out to eat. I cooked for myself at home to save as much money as I could. I didn’t even use public transport – I walked everywhere. There were times when I couldn’t even afford to take a shower,” she recalls.

“The year my mom passed away was particularly hard for me. I did not even have enough money to come home for her funeral. I became depressed and weak for two months. However, I realized that this would only disappoint my parents and that helped me to get back on my feet.”

There were times when Dr Rataporn says she doubted herself, but thinking about how her work could benefit future generations kept her going. She believes that supernatural beliefs are closely related to every aspect of our lives and that it has been passed down from generation to generation, from ancient times to modern and post-modern societies. No matter how modern the community, she says, humans need to believe in a higher power.

“Belief in spiritual beings is a basic human need. It gives us a sense of security and calm. Belief in God and spirits exists in almost every culture,” Dr Rataporn says.

“Technological advancement alone is not enough to sustain and develop societies. The spiritual aspect of your life is just as important, which is why we need people studying it. I am proud to be a contributing member of this field, answering with confidence when people ask me why I chose this particular line of work.

“I may not be wealthy like those who chose the field of business or medicine, but I am happy and proud of my work and will continue to encourage Thai people to broaden their minds about the subject.”

[Video Report] Profile: Knight from the wrong side of the tracks