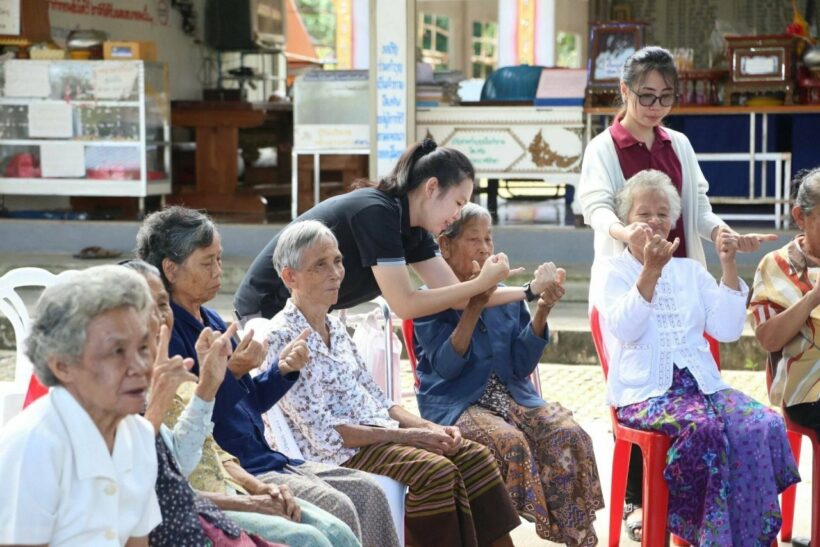 The Government will later this month launch an app, called “Gold Application”, for elderly citizens to keep them informed of the rights, benefits and opportunities they are entitled to.

“When they type the number of their national identification card into the app, they will be able to access useful information or request help from the state,” Older Persons Department’s director-general Thanaporn Promsuwan said yesterday.

“From this year onward, we intend to apply innovations to elderly lives,” Thanaporn said.

“We will use technologies for effective communications”.

The Gold Application will enable senior citizens to reach relevant information without the need to travel to provincial welfare centres for older persons. Thanaporn said the elderly, for example, should know that the government provides monthly subsidies for those over 60. The value of subsidies ranges from 600 to 1,000 baht, depending on their age, with subsidies increasing as they get older.

Elderly people who have registered themselves as low-income earners will also get 100 baht extra every month. For those elderly who still have the dream of running a small business of their own, the government has also provided interest-free loans of up to 30,000 baht per person. If they form a team of at least five, each team can get up to 100,000 baht in loans. Repayments can be stretched out over three years.

Thanaporn said the elderly could also seek help if they were homeless, cash-strapped or abandoned by family members. In a bid to promote job opportunities, the government is now offering tax incentives to enterprises that hire those over 60 years.

“We will encourage the elderly to use their abilities in family and community development,” he said.

Atthaphon said about 8.5 million elderly Thais were still sufficiently physically fit to contribute. He added that about two million Thais were homebound due to health conditions.

“As for this group, we will try to reduce their dependence on others and engage them more in social activities,” he said.